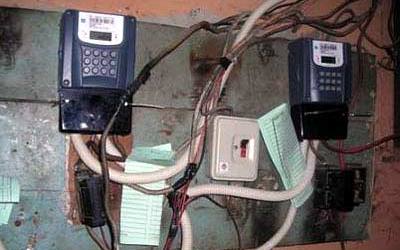 If all goes as planned, electricity consumers in the country will by end of October 2015, start paying increased monthly tariffs. Making this revelation at the ‘Powering Africa’ conference in Abuja, the chairman, Nigerian Electricity Regulatory Commission (NERC), Dr. Sam Amadi, said the period for submission of tariff review applications by Distribution Companies (Discos) has ended and now awaiting review and possible ratification in the next 30 days.
According to him, the review became necessary to ensure cost-reflective tariffs in the Nigerian electricity supply industry, capable of attracting private investments, especially foreign direct investments. In justifying any increase, the NERC boss said the Electric Power Sector Reform Act (2005) empowers the agency to review tariffs in favour of Generating Companies (Gencos) and Discos, if market variables such as gas and its transportation cost, as well as naira to dollar ratio and inflation shift by over five percent.
We are not in the least impressed by the reasons given for the impending tariff hike and deplore in the strongest terms any strong-armed tactics to force the increase down consumers’ throats. The reason is that Nigerians are yet to see any appreciable improvements in power supply both for household and industrial usage. Even the recent marginal up tick in power supply looks so ephemeral that doubts are beginning to emerge as to its continued reliability over time. Incidentally, the Nigerian Electricity Regulatory Commission is so obsessed with increasing electricity tariff anytime Gencos and Discos approach it for such exercise without taking into consideration the feelings of the consumers and their capacity to pay.
At a time consumers are experiencing the worst form of service delivery and corresponding payment of high tariff for electricity not consumed, it is insensitive of NERC to contemplate increasing tariff at the behest of power companies. We believe Nigerians who have been subjected to exploitation for decades should be spared the difficulty of paying higher tariff until there is regular or uninterrupted supply of electricity.
What is expected of NERC is to enforce the installation of prepaid meters by Discos as a way of checking the brazen fleecing of consumers through estimated billing. It is a fact that more than 60 percent of electricity consumers in Nigeria are not metered. This metering gap creates energy pricing credibility problems between power distribution companies and their customers, as well as between NERC and Discos. As matter of fact, we are aware that the Federal High Court in Lagos recently barred NERC from giving effect to any proposed increment in electricity tariff. This was after a suit by a plaintiff seeking an order restraining the agency from implementing any upward review of electricity tariff without a meaningful and significant improvement in power supply at least for 18 hours in a day in most communities in Nigeria. It is pertinent to predict that any upward review of electricity tariff could witness nationwide protests by consumers‎ and this may not be in the interest of the Buhari administration, especially now that the economy and citizens are going through hard times. We are of the view that the Federal Government through NERC can look for other creative ways of offering incentives to both local and foreign investors rather than bleeding consumers dry through incessant tariff hikes. We insist that NERC must prevail on Discos to shelve the planned tariff increase because it is anti-people, insensitive, wicked and would further pauperise Nigerian consumers who are groaning under the yoke of poverty. Regular electricity supply is at the core of a nation’s development and prosperity. This should be the utmost concern of NERC.