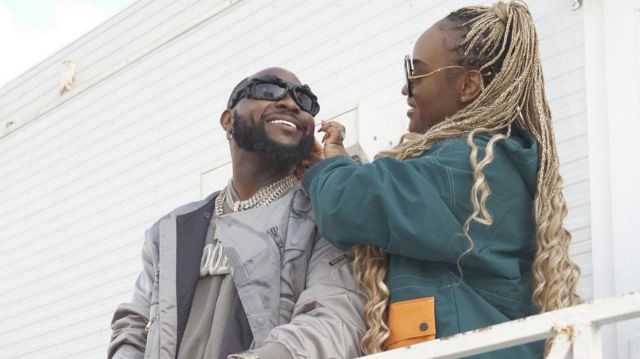 Davido’s net worth is estimated at USD14m at 24 years of age. His cars, houses and endorsement deals are parts of his assets

David Ayodeji Adeleke, popularly known by his stage name Davido is a Nigerian Afro pop artist. The United States born artist is also a songwriter and a record producer. He made his music debut as a member of the music group called KB International.

Davido studied Business Administration at Oakwood University before dropping out to go into music by making beats and record vocal references. He rose to fame in 2011 with the release of ‘Dami Duro’, the second single from his debut studio album ‘Omo Baba Olowo’.

In 2012, David Adeleke won the Headies Award for Next Rated artist. Between 2013 and 2015, he released hit singles, ‘Gobe, One of a kind, Skelewu, Aye, Tchelee which he features Mafikizola, Naughty, Owo ni koko, The sound and The money featuring Olamide Baddo.

Davido was born on the 21st of November, 1992 to Adedeji Adeleke and Veronica Adeleke in Atlanta Georgia, USA. His father is a Nigerian business magnate and his later mother was a university (Babcock University) lecturer. He attended the British International School, Lagos and studied Business Administration at Oakwood University, US prior to relocating back to Nigeria.

His interest in music started during his time at Oakwood University. He bought musical instrument and started making beats and recording vocal references. He later dropped out of the university when he started getting bad grades and relocated to London, UK, where he focused more of his energy towards music.

“I’ve been doing music for like one year but I took it seriously in March 2011. I was formally in a group called KB International in America. It wasn’t working out so I thought I should just do this on my own and that was when I moved back to Nigeria.

“I was around people that were musically inclined. I love music, and why not do something you love and you are happy doing and making money at the same time,” Davido, on his decision to venture into music.

The award was presented by Hollywood actor, Omari Hardwick and actress Tika Sumpter. In his acceptance speech, he urged patrons and American artists to visit Africa and to also enjoy the African delicacies.

On April 6, 2012, report revealed that Davido signed a N30m endorsement deal with MTN which unveiled him as the face of MTN Pulse, a marketing campaign for Nigerian youths. On October 24, 2013, another report revealed that Guinness Nigeria signed Davido to an endorsement deal. As part of the deal, he performed at the Guinness World of More Concert alongside notable Nigerian artists.

On the 9th of May 2018, a report once again revealed that Davido signed an endorsement deal with Infinix, a smartphone manufacturing company in Nigeria for an undisclosed fee but expected to worth millions of Naira.

Nothing specific is known about the mother of Davido’s second’s daughter, Hailey Adeleke but the media later found her name to be Amanda and resides in Atlanta Georgia.

Davido is pictured in this still image from a video, giving Chioma a Valentine surprise.

The Afro-pop artist and father of two adorable kids is currently dating a Babcock University undergraduate, popularly known as Chioma. Davido, in his usual manner has been spoiling Chioma with expensive gifts and shopping sprees.

He bought her an expensive sport car in 2017 to celebrate her birthday. He also currently took her to Dubai and Paris to shop, spoiling her with expensive gifts.

Chioma Avril Rowland is a 300 Level student of Babcock University.

Davido is one of the richest musicians in Nigeria today, though he is a son of a wealthy Nigerian billionaire. The numbers of cars and houses owned by him puts him among the wealthiest artists in the Nigerian music industry.

The Atlanta born singer can boast of a mansion in Lekki, Lagos and another one in Atlanta Georgia in the United States of America.  According to report, his Lekki house is estimated to cost up to N140 million. The house is said to be a four-bedroom semi-detached duplex with one of the best interior designs in Nigeria.

The singer can also boast of exotic cars in his garage which cost millions of dollars to purchase. He recently acquired a private jet which is rumoured to have cost him N9.7billion.

Davido’s net worth is estimated at USD14m as at 24 years of age. His cars, houses and endorsement deals are parts of his assets

Davido moves from No. 37 to No. 28 on American Billboard charts