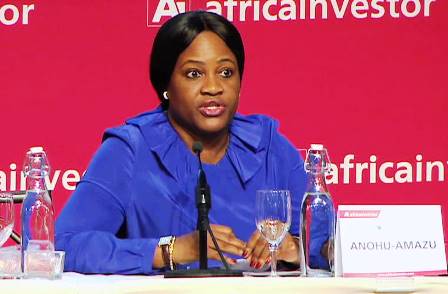 The World Pension Summit that is coming up in Abuja, next month, is expected to award the Best African Pension operators.

The introduction of African Pension award in the second edition of the summit, according to the Director-General of National Pension Commission (PenCom), Mrs Chinelo Anohu-Amazu, was to create an opportunity for African countries to put a benchmark on the progress recorded in the development of their respective pension industries.

Anohu-Amazu noted that the award would be an annual event at the Africa pension summit, adding that the award had been designed to cover three areas of governance, pension coverage and socio- economic impact.

The PenCom DG stressed that the award categories were meant to recognise the efforts of various pension administrations in Africa that had contributed to widening the coverage of their Contributory Pension Scheme (CPS).

Designed to honour African countries in their deployment of pension funds toward economic development and promotion of robust financial systems,

Anohu-Amazu said the award might be expanded at subsequent editions to cover identified areas of focus in the pension industry.

All submission of entries for the awards, according to her, would be evaluated by a team of renowned personalities who had distinguished themselves in the areas of pension and social security.

According to her, the results from the evaluation of the entries will be announced at a grand event on October 6.

Nigeria will host the second edition of the world pension summit from October 5 to October 6.