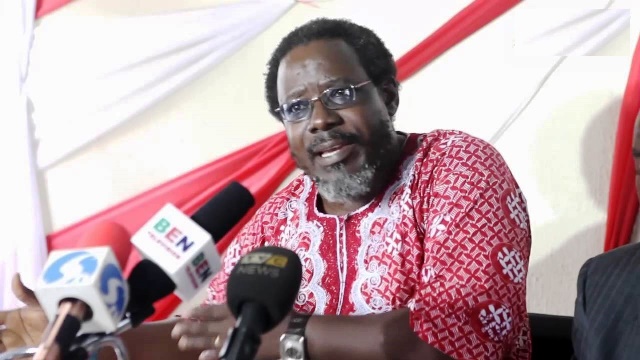 There had been indications in the news that politicians in the country have begun to lobby the Code of Conduct Bureau into availing them the avenue to tinker with the information earlier submitted on the assets declaration forms already in its custody, to escape possible future prosecution.

A development which came in the light of the ongoing trial of Senate President Bukola Saraki at the Code of Conduct Tribunal over alleged false declaration of assets. Politicians in the country had until now seemed to have taken the exercise for granted, believing that a day of reckoning may never come.

The Coalition Against Corrupt Leaders, CACOL, a group of civil-society, community-based and other non-governmental organizations with the objective of fighting corruption and corrupt persons by any means possible at all levels in Nigeria has expressed its dismay over the seeming ineffectiveness of the anti-corruption agencies created by the government. Going by the existing constitutional powers conferred on the Code of Conduct Bureau (CCB), one cannot but wonder as to why these all-important institutions whose activities basically anchor the principle of accountability and probity on the part of public officers had, all these while, so remained virtually consigned to the background, so to say, in the affairs of our democratic governance.

Information reaching us as shown that the CCB seems to be complicit in the exercise to the extent that they simply grant politicians unfettered access to assets declaration forms earlier submitted by them to be altered having seen that the new regime is not taking it easy with those who made anticipatory and false declarations. The forms are not even properly kept; when one gets to their offices, constitutional process for accessing these forms that have been filled is not strictly complied with. They are left in open shelves and at times on the desk where the forms could even disappear, thus allowing a declarant to easily alter what he/she has earlier declared. Corrupt CCB officials engaged in this criminal act should be warned to desist forthwith and be made to realize that the fate of the accomplice in a crime is as grave as that of the perpetrator.

Looking at the CCB and Tribunal Act CAP 56, LFN 1990- The CCB and its twin sister, the Code of Conduct Tribunal are Extra – Ministerial Departments set up by the Federal Government under the Code of Conduct Bureau and Tribunal Act, Cap 56, LFN 1990. The Act gave the Bureau the mandate “to establish and maintain a high standard morality in the conduct of Government Business and to ensure that the actions and behavior of Public Officers conform to the highest standard of public morality and accountability.”

Corruption has so far succeeded in not only ravaging our values and pride, but has also succeeded in bastardizing the psyche of the majority so much so that thieves are openly hailed and celebrated. Ours is gradually becoming a society that encourages opportunism in whatever form. The tendency to exploit every given opportunity to satisfy one’s selfish desire no longer rest only with the leaders, the led themselves now encourage the leaders to thrive in self-serving exploits.

It’s saddening and highly disturbing to see what has now become the norm for the led to constantly remind their newly elected (or appointed) leaders of why they should see their new positions as an opportunity that might come only once and so urge them to corruptly enrich themselves to the maximum at the expense of the less privileged. The common phrase nowadays is “it is our turn to chop”.

It is now a common sight to see ‘men of timber and caliber’ turning out in large number to accompany an accused corrupt person to the court or law enforcement or anti-corruption agencies, on a solidarity mission; all aimed at intimidating the institution of justice. This is why, when we put all these together, no one would envy President Buhari on his committed crusade against corruption.

We make bold to say that corruption has virtually become the second name of the average Nigerian, therefore, it would not be entirely out of place to insinuate that whoever is fighting corruption should see himself as indirectly fighting the generality of Nigerians; and we all know what that entails.

Once asset declaration forms were filled and submitted by public officials to the CCB, it becomes a criminal act for any official of the CCB to allow any alteration to the document. Since the politicians had already sworn to oaths that whatever they filled in the forms as their assets was correct, they cannot come back to seek any amendment to any part or section of earlier information therein. That they even attempted to change their declarations at all should be seen as a criminal exercise as doing so amounts to forgery and should be so viewed and treated.

If we are truly serious about fighting corruption and rid of it from our system, all hands have to be on deck and support must be given to the government to do the needful, regardless of who is involved. The Anti-corruption hurricane has started gathering momentum, only the corrupt needs to fear the whirl wind.

Related Topics:SARAKIGATE: Politicians running from their shadows - CACOL
Up Next