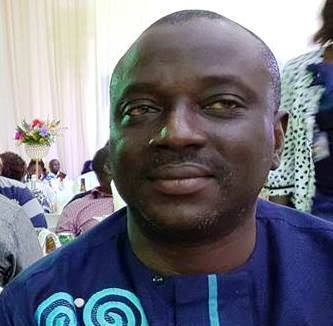 A Lagos State-based legal practitioner, Mr. Yinka Olujimi, has called on politicians to tap into the huge opportunities in the National Insurance Scheme to tackle Nigeria’s economic and social challenges.

Olujimi who was a guest on a television programme on Wednesday in Lagos urged the government to shift its current focus on revenue from crude oil to a creative national tax system that will help provide basic necessities.

He said: “ASUU, ASUP, and other labour unions in our institutions of higher learning routinely go on strike because of acute shortage of funding.

“Oil is not a gift to us from our forefathers, but a resource we hold in trust for the future generations. President Muhammadu Buhari’s decision to hold the office of Petroleum Minister betrays an undue focus on the oil sector for the running of the country.”

President Buhari, according to reports from New York where he attended the 70th United Nations General Assembly, quoted the president as announcing that he would be minister of petroleum resources, with a junior minister taking charge of day-to-day affairs in the sector.

His spokesman Femi Adesina confirmed the report in a text message to the Agence France Presse (AFP), without giving further details.

The former military ruler has made tackling the rot in the oil sector a priority, as he seeks to cut endemic graft and put the country’s crippled, crude-dependent finances on a firmer footing.

Nigeria — Africa’s number one crude producer and biggest economy — has been hit badly by a slump in global crude prices since last year, squeezing government revenue.

Oil accounts for some 90 per cent of Nigeria’s foreign exchange earnings.

The NNPC has become a byword for corruption and last year was accused of failing to remit $20 billion in revenue to the central bank.

He was later in charge of the Petroleum Trust Fund during the time of General Sani Abacha in the 1990s.

Buhari’s caution in appointing ministers has seen him nicknamed “Baba Go Slow” in Nigeria, but he has promised to name his cabinet by Wednesday.

Appointments have to be approved by parliament, which resumed sitting on Tuesday.

A committee advising Buhari on policy before he took office has recommended he streamline the number of ministries and ministers.