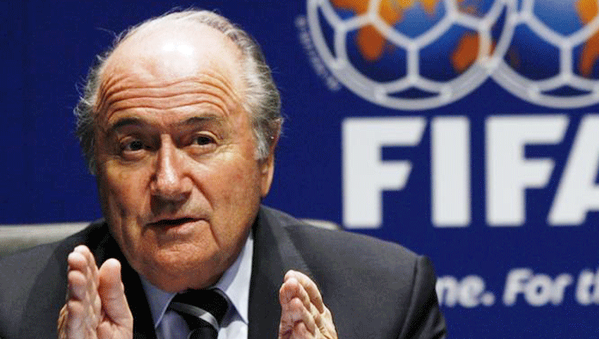 The Coca-Cola Company has called on FIFA President, Mr Joseph Sepp Blatter to step down immediately so that a credible and sustainable reform process can begin in earnest.

Coca-Cola is the first FIFA sponsor of the world crazy sport to call on Blatter to stand down since the allegations of corruption against the officials of the body began.

Coca-Cola Company in a statement said, “For the benefit of the game, The Coca-Cola Company is calling for FIFA President Joseph Blatter to step down immediately so that a credible and sustainable reform process can begin in earnest.

“Every day that passes, the image and reputation of FIFA continues to tarnish.

“FIFA needs comprehensive and urgent reform, and that can only be accomplished through a truly independent approach.”

Related Topics:BREAKING: Coca-Cola tells Sepp Blatter to stand down "immediately"
Up Next