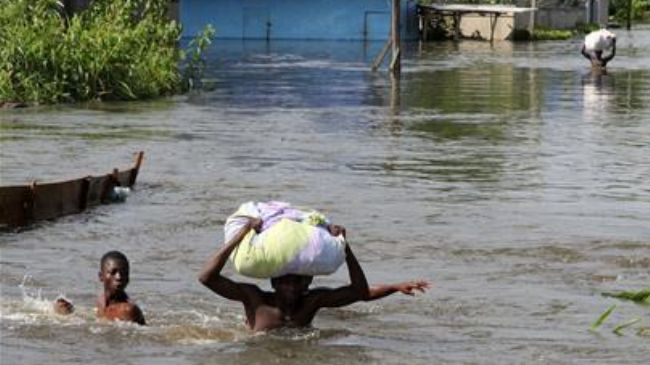 Delta Commissioner for Bureau for Special Duties, Hon. Chika Ossai, has warned Deltans living in coastal communities to relocate to safer places to avoid the wrath of the impending flood.

Ossai, who spoke Sunday at a thanksgiving service, held at the Great Gospel Ministries (TGGM), Asaba presided over by Pastor Daniel Ohanugo, stated that the fact that some communities are already flooded were strong indications that the flood was real.
According to him, “the flood alert is not a joke, our Governor, Senator Ifeanyi Okowa, has shown serious commitment to safeguarding the lives and property of Deltans, he has set up committee on flood which has the Deputy Governor, Barrister Kingsley Otuaro, as Chairman, but, it will be better if people move to safer places, they can go and temporarily live with their families, the ordeal may not be more than a month but we should not wait for it to happen before we relocate.
“Those who were affected in the 2012 flood, people in Oshimili South, Ndokwa West, Ndokwa East, Isoko South and Isoko North, Patani, Ughelli South, Bomadi, Burutu, among others should, as a matter of urgency, relocate, we don’t want loss of lives, there should be minimal damage to property because, certainly, they cannot move with their houses but, they can remove their valuables,” he said.
He noted that “the flood can get to your community, your houses at any time, in the night; afternoon or morning, just move to safe areas to avoid any misadventure.”
According to him, “the best measure is for people in the riverine communities to move out and live with their relations till the flood is over, we cannot stop the flood, the rain is much this year, we can only do our best, the committee on flood is already working and at the appropriate time, they will brief the press on their activities.”
On the essence of the thanksgiving, Hon. Ossai stated, “though, times are tough, we need to thank God for His blessing, thank God for the opportunity to serve Deltans in the prosperity train of Governor Okowa and use the opportunity to pray that the flood will not take life, will not destroy properties of our people and to tell Pastors, Imams and other religious leaders to be involved in the enlightenment campaign, sensitize our people in riverine communities to relocate.”
Earlier in a sermon, Pastor Ohanugo said it was important for people to give thanks to God, stating that before man was born, he was already known by God and all that he does in life has been pre-destined by God.

Related Topics:Flood: Delta warns coastal residents to move to safer areas
Up Next