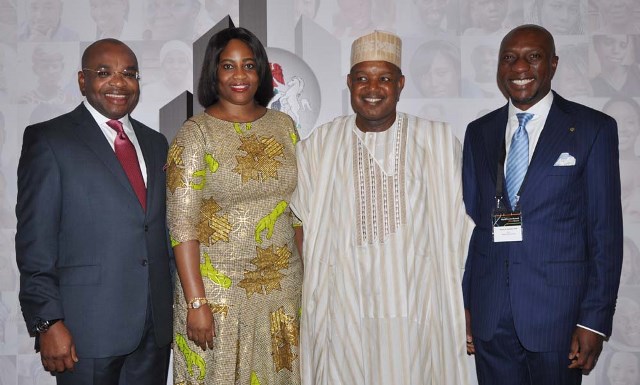 Chinelo, who was speaking at the on-going second edition of World Pension Summit with the theme: “Building Sustainable Pension Systems in Africa”, explained that pension funds available in the continent is capable of providing a rare opportunity for multi-sectoral collaboration in bridging Africa’s infrastructure deficit.

The annual summit focused on the long-term sustainability of Pension systems in the continent which attracted key industry players and captain of industry in the sector.

Infrastructure, according to the DG, remains a key enabler of sustainable development in Africa and the current rapid increase in the size her economies.

Explaining the importance of the pension to overall economic development, the DG pointed that political economists in the country have focused on institutional issues more than the expected, especially governance.

This, she however averred that Nigeria’s Pension Reform trajectory for example, highlights the limitations of ad hoc and over generalized institutional explanations that confuse cause and effect as well as ends and means.

According to her, “It is obvious that where states have failed or are at war, there is little that economics has to offer as solutions. The Nigerian Pension Reform narrative can be situated within the context of Africa’s economic resurgence after the lost quarter of a century.

“Indeed, from operating the old Defined Benefits System that had well over N2 trillion (circa USD 10 billion) in deficit at the dusk of the last century, the new Contributory Pension Scheme (CPS) that was kick started in 2004 now has over 5 trillion (circa USD 27 Billion) in just over 10 years of operation .

Africa has experienced a reasonably rapid growth of over 5 percent since the turn of the century. But this followed what could be described as a ‘lost quarter century’ during which per capita income in the year 2000 was still below its level 25 years earlier.”

In the same vein, PenCom boss highlighted the risk-based regulation as a means of engendering the long-term sustainability of the Pension Industry.

He noted that sustainability on this score encapsulates the troika of social, environmental, and economic dimensions of development. “Regulatory strategies would thus encompass a painstaking consideration of risks as well as the rewards that lie behind endogenous opportunities.

The impact of poor corporate governance practices on shareholder value, exacerbated by the recent global financial crisis, for instance, has raised issues such as transparency, risk management and business ethics, amongst others, to the front burner of the regulatory agenda.

Then again, issues of unemployment, diseases, poverty, climate change, and inequality are also pressing needs for regulators to consider in mapping their regulatory landscape.”

Nonetheless, Chinelo charged that regulators still need further education on how they should quantify performance and assess the extent to which ESG mandates are delivered upon.

“Sustainable Regulation precepts thus constrain stakeholders in pension fund administration to critically assess the full spectrum of investment and regulatory risks, opportunities and challenges, so as to adequately allocate capital in a mode that is aligned with the short, medium and long term interests of their clients, beneficiaries and the larger society.”

Related Topics:PenCom charts roadmap for Pension development in Africa
Up Next