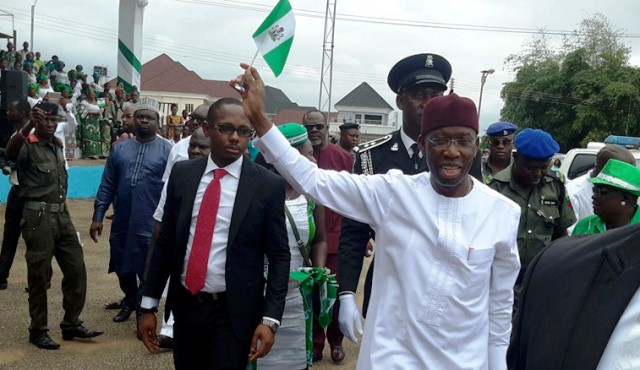 Delta State Governor, Dr Ifeanyi Okowa, has said that his administration will continue to maintain the independence of the judiciary, with a call to member state judiciary to dispense justice without fear of favour.

Okowa, represented by the state Deputy Governor, Barr. Kingsley Otuaro, gave the assurance yesterday at a special court session to mark the 2015/2016 legal year of the state judiciary, held in Asaba, Delta State.

According to him; “We met it so and we will continue to uphold the sanctity of the judiciary as it dispenses justice to all manner of persons, both low and high”.

He, however, assured the state judiciary of the needed support to enable it perform its functions creditably in line with the provisions of the law.

Okowa use the occasion to congratulate the state judiciary for being a shining example to other professions and implored them to ensure that they sustain the tempo.

Earlier, the Delta State Chief Judge, Justice Marshal Umukoro, said the state judiciary is well fortified to carry out its constitutional functions without fear of favour, maintaining that orders of court shall be religiously executed no matter whose ox is gored.

While saying that the special court session provided opportunity to recount its success, examine problems, he assured that “with abiding faith in God and confidence in ourselves, we look ahead for better judicial service to our dear state”.

Justice Umukoro also thanked the state government for the support given to the judiciary as it established the Multi-Door Court House as a place for alternative dispute resolution and subsequent approval of Mrs. Utulu to administer the body as well as the governor’s approval of five new judges in the state.

He pointed out that the establishment of four tribunals for governor and national Assembly petitions has put pressure on the available facilities of the judiciary and called on the government to provide more facilities.

According to him “The state government has been very accommodating and responsive to our demands, we commend the state governor, his deputy, Barr. Kingsley Otuaro, the Speaker of the State House of Assembly, Rt. Hon. Monday Igbuya for their understanding thus far and pray to maintain a cordial relationship with the executive and legislative of the state government”.

The state chief judge also mentioned the revenue generated by the judiciary during the past legal year, and listed some projects that will be undertaken during the new legal year.

While charging judges and magistrates to be punctual in court, he pointed out that the judiciary is for the high and low, for me and you, it is essential for a modern society, it sets the boundaries for the individual, cooperate bodies, government and others, hence we must all support an efficient, financially and independent judiciary.