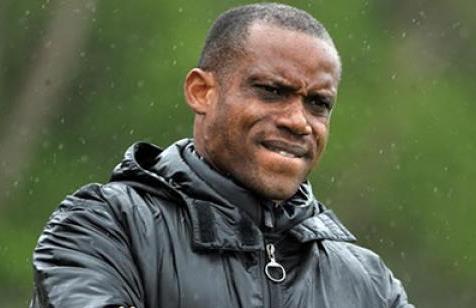 Nigeria’s Super Eagles suffered a shock 0-2 loss to DR Congo in an international friendly match in Vise, Belgium on Thursday.

Despite having their preparation overshadowed by Vincent Enyeama’s announcement of his retirement from the Nigerian team hours before kick-off, head coach Sunday Oliseh named a three-man forward of captain Ahmed Musa, Odion Ighalo and Sylvester Igbonu with the midfield trio of John Obi Mikel, Ogenyi Onazi and Rabiu Ali.

Leon Balogun and William Ekong paired in the heart of defence while full-backs were Shehu Abdullahi and Elderson Echiejile with Carl Ikeme in goal.

England-based trio of Yannick Bolasie, Dieumerci Mbokani and Chancel Mbemba were named in the DR Congo startlist in the absence of head coach Florent Ibenge and his assistant, Mwinyi Zahera, who stayed back in their country to oversee league games involving their clubs, AS Vita and DC Motema Pembe respectively.

As early as the second minute, DR Congo got off the blocks faster and Nigeria goalkeeper Carl Ikeme had to stay alert to come off line to save.

Five minutes later, DR Congo opened scoring through Dieumerci Mbokani. Bolasie shielded the ball off his marker, Abdullahi, so well before slipping Mbokani through to slot past Ikeme.

The Nigerians just did not get off the bus as the DR Congo looked more comfortable on the ball than their opponents and often looked like the team to score the next.

And indeed it was the Central Africans who scored the next goal in the 31st minute when SM Caen attacking midfielder Jordan Nkololo side-footed from close range past Ikeme after a sweeping move from midfield by the Congolese.

Oliseh sent on the duo of Emmanuel Emenike and Moses Simon for Ibrahim and Igbonu respectively while Arsenal striker, Alex Iwobi, made his international debut for Nigeria for Musa.

Mikel got the chance to play in advanced role after defensive midfielder Obiora Nwankwo came in to replace Ighalo and in the 65th minute, the Chelsea man’s effort was aimed at Mandanda.

It could have been three-nil to the Congolese in the 71st minute but for Balogun’s timely tackle to foil Bolasie from going through on goal.

The defeat leaves Nigeria trainer, Oliseh, with his first defeat since taking charge in July.