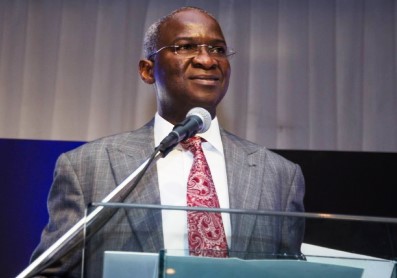 Former Governor of Lagos State, Mr Babatunde Fashola, has advised Governor Adams Oshiomhole to shun the temptation of initiating new development projects in Edo State unless they are very critical to the well-being of the people.

He advised him to concentrate on completing ongoing projects before the end of his tenure in November 2016.

Fashola was Guest Speaker at a 3-day retreat for members of Edo State Executive Council and Permanent Secretaries holding at the Transcorp Hilton Hotel, Abuja to brainstorm and re-strategise on raising the bar on governance in the state, with the theme, “Finishing Well”.

He said that it was practically impossible for any administration to initiate and complete all projects needed by the people in the state.

He also said that despite being one of the best administrations Edo had ever got, he should expect criticisms from people after he leaves office.

SEE FULL LIST OF BUHARI’S MINISTERIAL NOMINEES AND THEIR STATE