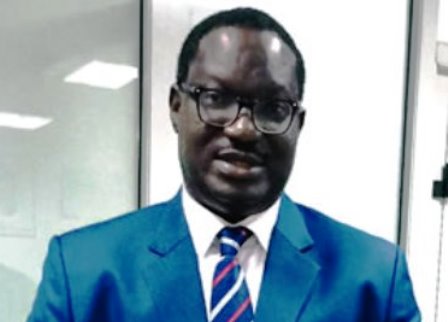 The Managing Director of Kresta Laurel Limited, Engineer Dideolu Falobi has disclosed that the main objective of the company was to build an indigenous engineering company that would attain global recognition an prove that not only a multinational can deliver to international standards.

According to him, “Kresta Laurel Limited decided from the start to be known for offering products that would last and stand the test of time, offer technical supports, quality products, reinvent and renovate while at the same time offer excellent service through training and retraining and with proven integrity”

Falobi, while speaking to newsmen as part of activities marking the company’s 25th year anniversary, stated that the company, though was founded under the very harsh economic condition of the Structural Adjustment Programme of the Federal Government in 1990 has been able to weather the storms over the years to become Nigeria’s foremost engineering company.

He however revealed that the company’s continuous success over the years is largely based on their manpower and that they adhere to best practices, while going for the best companies in terms of partnership.

“As a matter of fact, we take the training of our staff seriously. We train them without asking them to sign bonds with us and by this we have produced the best crop of engineers available in the country. We believe in training people as a way of developing the nation. We train fresh graduates. 90 per cent of our staff start their career with us. We are mindful of health, safety of not only our clients but also of our staff.”

He said further that the organisation was conceptualized as a total engineering company, specialising not only in elevators but also on cranes of which 70 per cent are sold locally, power systems, Industrial UPS, Industrial welding machines, building maintenance and many more.

Engineer Dideolu said Kresta Laurel has every reasons to celebrate its 25th anniversary, especially coming on the heels of the various awards and recognitions including the ISO-9000 as the only elevator company in Nigeria as well as being declared engineering company on Material Handling in the whole of Africa.