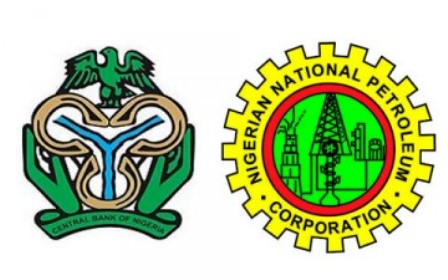 The Group General Manager of the Group Public Affairs Division of the NNPC, Ohi Alegbe in a statement said the corporation has begun monthly publication of its provisional financial and operational reports.

The publication which is available on the corporation’s official website provides an overview of NNPC’s operations across the oil and gas value chain (Upstream, Midstream and Downstream) as well as NNPC’s agency function on behalf of Government of the Federation from the period January to August 2015.

Illustrated with tables, graphs and charts, the report vividly throws light into aspects of NNPC’s operations that were once described as ‘opaque’. Issues like the status of the once misunderstand JP Morgan foreign account, management and custody of revenue from crude oil sales, actual production capacity of the refineries, dollar accruals to NNPC/FGN from export crude oil and gas, as well as receipts and payments are laid bare.

The report indicates that a total of $607.8 million or N120 billion has been paid so far to FAAC in the year 2015 from sales of export oil and gas as dollar proceeds.

A further breakdown indicates that the total export crude oil and gas receipt for the period of January – August 2015 is $3.420 billion. Of the total receipts, the sum of $0.61 billion was remitted to Federation Account as dollar proceeds while the balance of $2.815 billion was used to fund the JV cash call for the period.

The report notes that the receipts witnessed a sharp decline of more than 67 per cent from September 2014, when the receipt was at its peak, to July 2015 with dire consequences to the federation.

The NNPC informed that the continued decline in oil price led to insufficient cash available to meet monthly JV cash calls obligations of about $615.8million as appropriated by the National Assembly.

To mitigate this effect, NNPC was compelled to sweep all the export receipt to JV cash call funding implying a zero dollar proceed remittance to the Federation Account since the month of April 2015.

Related Topics:NNPC remits N844bn to federation account in 8-months
Up Next