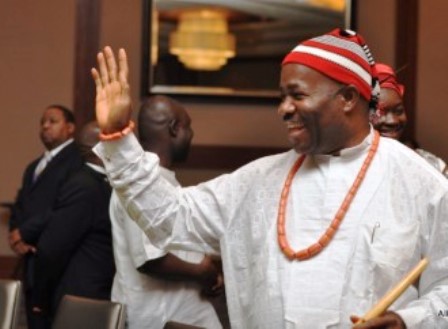 Justice Goddy Anuichi held that the petitioner, Mr Inibehe Okorie, failed to prove beyond reasonable doubt, the allegations of malpractices at the polls.

According to the judge, the allegation of noncompliance during the elections ought to be proved substantially in all the over 1,300 polling units in the senatorial district but the petitioner only called 17 witnesses.

He said that the petitioner’s witnesses testified based on hearsay, which in law cannot be relied upon to decide a case.

According to the tribunal, once a party has submitted the name of a candidate to the Independent National Electoral Commission (INEC), it is deemed to have sponsored the candidate.

As such, the misrepresentation of Senator Akpabio’s candidacy on the nomination form to vie for the Uyo Senatorial District rather than Akwa Ibom North-West is a mere technical error that has no capacity to invalidate the election.

The tribunal ordered the petitioner, Inibehe Okorie, to pay the sum of 30,000 naira each to all the respondents in the suit as cost.

Reacting to the ruling, Okorie vowed to appeal the judgment. He said that the tribunal, by upholding the election of Senator Akpabio, erred in law.

Related Topics:Tribunal upholds Akpabio’s victory at April poll
Up Next