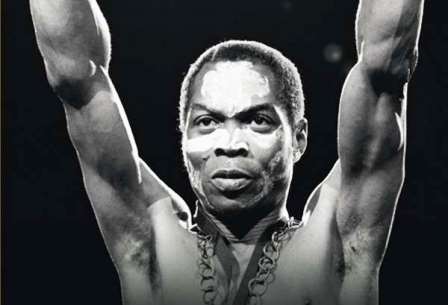 I hesitate to call someone a genius in a genre. I am unfamiliar with music but other musicians have called him a genius; I will go with that. Fela was born into a most prominent Yoruba Egba family.

His father, a noted educationalist, was principal of the iconic Abeokuta Grammar School; his mother probably Africa’s first political feminist and liberationist when that term would have been anathema to its progenitors.

She was a political firebrand and led several campaigns against the British colonial masters. Fela learned to play piano and other instruments from the age of nine. He went to study music in the United Kingdom, returned about the early 1960s with a group called the Kolalobitos playing jazz, classical, highlife, a not too successful combination.

Meanwhile, back then to music epitomised by James Brown and a host of other African-Americans were impacting Fela and other Nigerian musicians. Fela internalised all this and came out with his inimitable Afrobeat. But Fela’s Egba culture had the ingredients of musical, political commentary which he picked up and personified. He had little use for the military who had stolen democracy and freedom in the name of stopping corruption. The military were a corrupt dictatorship which had no place in Nigeria.

Fela spent the rest of his life criticising and ridiculing the political and military elite. He was clear in his mind that military government and political freedom were antithetical and could not co-exist in the same place. He sang for the freedom of Africa and Black people.

He blasted all those who pretended to rule Africa by any other means except democracy and justice. He said that human rights were inherent in man, therefore bleeding heart liberals who wanted to give human rights to Africans cannot logically give Africans what they already inherently had. It was the liberal governments, the multinational corporations(the International Thief-Thief).

The Zombies who were the enemy of the people. The rest of Fela’s story is well known and pathetic. Soldiers went to his house and burnt it down, raped some of his 27 wives, threw his mother out of the window.

She was then over 80 years. She broke her legs and soon after she died. Fela attempted to give his mother’s coffin to the military government for burial to no avail. The verdict of the commission of inquiry into the attacking on his house and the death of his mother reported that these incidents were committed by unknown soldiers.

These incidents provided more grist for the mill of Fela’s music – the Unknown Soldier, Zombie, etc. Fela was arrested leading a 70-member band going on tour to Europe for having $2000. He was tried and jailed for five years. He was released by Military President, Ibrahim Babangida. Outwardly, Fela was the same; his spirit was not broken but he was. A sad and defiant man, retreating more into African traditional beliefs as his songs reflected “water no get enemy”. He fell ill and later died of AIDS.

Over one million people came to see his coffin and observed his last journey: no one in Nigeria has ever pulled such a crowd.

All the above is well known and nothing I can say will capture the magnetism of his genius. While in the Daily Times we sponsored a country-wide show of Fela and an African American jazz musician, Roy Ayers. His residence was turned into a school and he had to move his band to new premises in Ikeja. He named it “The African Shrine”.

The purpose of this article is to seek the rehabilitation of Fela as a national hero for services rendered to Nigeria, Africa and mankind. No other Nigerian is better known than him. But as usual, a prophet is not known among his countrymen. Moreover, he was a victim of unbridled injustice and persecution who deserves reparation. Memorials should be built for him in Lagos, Abeokuta and Abuja. The school now occupying his land should be relocated. Fela Music Academy and Theatre should be built there; in Abuja, a museum put up in his name, same as in Abeokuta.

Many people will ask whether Cole has gone mad. If madness is to see injustice unrequited then I am mad. Was he the only one who suffered from injustice? No, but ask yourself how many Africans have had their lives and music portrayed on Broadway, New York, London and other parts of the world. If that is not praise enough let our consciences never let us rest for killing Fela and his mother, all because he sang the song of freedom.

Related Topics:Time to rehabilitate Fela Anikulapo-Kuti By Patrick Cole
Up Next