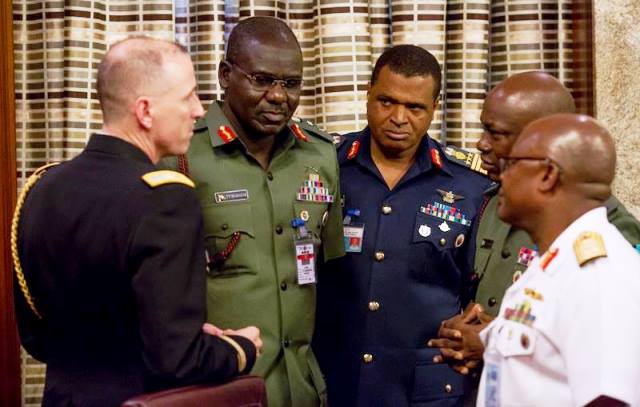 Nigeria and Cameroon on Thursday welcomed a US decision to send up to 300 military personnel to Cameroon to help the regional fight against Boko Haram militants.

US President Barack Obama on Wednesday said 90 personnel had already been sent and the full contingent would conduct intelligence, surveillance and reconnaissance operations.

Cameroon’s President Paul Biya hailed the US deployment as a “precious contribution” to the fight against the Islamists, who have increased their attacks against civilians using suicide bombers in border areas of Nigeria, Cameroon, Chad and Niger.

Nigerian President Muhammadu Buhari’s spokesman Garba Shehu said the deployment was a “welcome development” while the military said it demonstrated cooperation was needed against the Nigeria-based militants, who have pledged allegiance to the Islamic State group.

“The United States has given the pledge to support the fight against Boko Haram in Nigeria and in the region,” Shehu told AFP by telephone.

“This is the fulfilment of that pledge and we are very happy about it. The United States’ move is quite commendable.”

Nigerian military spokesman Colonel Rabe Abubakar added: “This is how the fight can be done collectively with partners cooperating with us to fight against a common cause — terrorism — which has been ravaging the region for some time now.”

At least 17,000 people have been killed and more than 2.5 million made homeless since the Boko Haram insurgency began in 2009, mainly in Nigeria.

Buhari, who took office in May vowing to end the violence and on Wednesday met the US military’s Africa Command chief General David Rodriguez in Abuja, has spearheaded efforts for a new, five-nation fighting force against Boko Haram.

The Multinational Joint Task Force (MNJTF) was due to be deployed in late July but the deadline passed with no new date announced for it to start.

Diplomatic relations between Abuja and Washington were strained under Buhari’s predecessor, Goodluck Jonathan, over the United States’ refusal to sell weapons to Nigeria.

Buhari repeated those criticisms in July on a visit to the US capital, asserting the embargo — in place because of his military’s human rights record — was helping Boko Haram.

Washington last year provided intelligence, surveillance and reconnaissance expertise to Nigeria in the hunt for more than 200 girls abducted from their school.

The assistance included drones and spy planes as well as up to 80 military personnel sent to Chad’s capital, N’Djamena. (AFP)