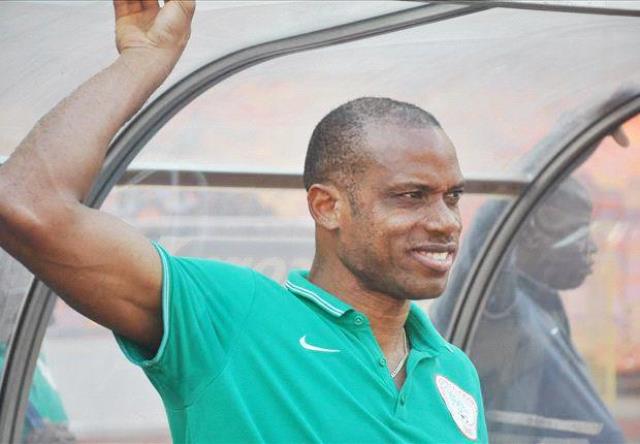 Super Eagles manager, Sunday Oliseh has awarded a pass mark on the side’s victory against the Les Etalons of Burkina Faso.

A goal in each half coming from Nasarawa United marksman, Bature Yaro and Warri Wolves’ hitman, Gbolahan Salami gave the Nigerians the three points heading into the decisive leg in Ouagadougou in a week’s time.

Oliseh said his side will approach the decisive leg in Ouagadougou as if nothing has been won in the first fixture in Port Harcourt.

“The home Eagles fared very well against their opponents, Les Etalons of Burkina Faso. This is our first match with the home-based Super Eagles and I think it came off quite well.

“However, I think we have not won anything yet going into the second leg fixture in Ouagadougou, if we could score two goals here nothing stops the Burkinabes scoring same number of goals in the reverse fixture.

“So we will prepare harder with more organised mind to win well and secure the CHAN ticket right there in Ouagadougou for Nigerians,” said the former Nigerian captain to supersport.com.

Oliseh however commended the Burkinabes for giving his words a solid run for the three points at stake.

“The Burkinabes were somehow flawless and combustive, I think they gave my charges a strong run for their money.

“It will be an entertaining and interesting reverse fixture right there in Ouagadougou,” said Oliseh.

The winners of the two-legged encounter between Nigeria and Burkina Faso will qualify automatically for the final CHAN showpiece in Rwanda early next year.

Related Topics:Oliseh happy with Eagles’ win over Burkina Faso
Up Next