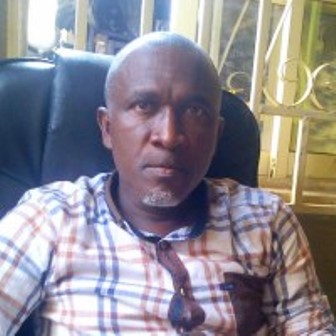 Mr. Kingsley Ogunor, chairman of Ladipo Main Market Traders Union has expressed shock over allegations leveled against him by Chief Echefu Akachukwu, regarding the on-going re-modeling of their market.

Ogunor, who threatened to drag Akachukwu to court for what he described as frivolous and wide accusations, cautioned Journalist to verify and always balance their reports before publishing.

His words: “It is quite unfortunate that a personality or even a High Chief like Echefu Akachukwu, will condescend so low as to use such words that are uncomplimentary to my personality, by giving false information to the public. My annoyance is that those Journalists did not verify, conduct investigation work or hear my own side of the matter before publishing”, Ogunor said.

Ogunor, accused Akachukwu of resorting to blackmail, because he lost out to the present contractor, after he had declared his interest to re-develop the same market.

“Why should Akachukwu vent his anger on me for not being awarded the contract? This is the same man that applied to Mushin local government to re-develop the over 30 years old market. He came to me to seek for the traders support, I told him to consult the stakeholders, which he did. I have him on tape at the meeting with the stakeholders. Unfortunately, his meeting with the stakeholder did not favour him due largely to his unguided utterances, when he threatened to turn our market to a poultry farm, if traders fail to support his bid to re-develop the market. In fact, in the course of the mayhem that ensured after his statement, I had to smuggle him out through an unorthodox exit. He would have been dead by now if not for my intervention”, he said.

On allegations bordering on fraudulent enrichment through the ongoing project, Ogunor, who most of his traders call ‘Servant Chairman’, denied conniving with the contractor to levy N100, 000 on each trader.

“The project is not my own. The Local Government Council awarded it to a contractor and we initially opposed the project until we guaranteed the interest of our traders. The developer is charging N30, 000 for forms, N2 million for a shop for 10 years. This is against N50, 000 and N2.7 million Akachukwu had asked for. I am not aware that any trader paid N100, 000 and I am not building any Five Star Hotel in Awuka, Anambra State. When you consider the fund needed for a Five Star Hotel, then, you will realize how baseless this false information or allegation is. Off course, I am not a billionaire to fund such a hotel project.”

On suitability of the project against the ultra-modern car park suggested by Akachukwu, Ogunor, challenged Akachukwu to indicate the car park in the present market he built at Itire.

“I agree that we have congestion but this project is not exactly the cause of the traffic gridlock. Let Akachukwu show us the park he built at the Itire market he is managing now. The re-building of Ladipo Market is in line with Government plan to make Lagos a Mega City.”

He blamed breach in communication as the cause of the crisis and challenges traders experienced during the first phase of demolition in October 1st, 2015.

While accusing Akachukwu of selling his five shops in the market with a view of re-developing the same market, the same way he frustrated traders, when he was a member of the 13-man committee in Aguiyi Irosi section, Ogunor warn Akachukwu to tender an unreserved apology for his alleged false information and allegations within one month or face legal battle.

Related Topics:New Ladipo market to be ready in 7 months — Ogunor
Up Next