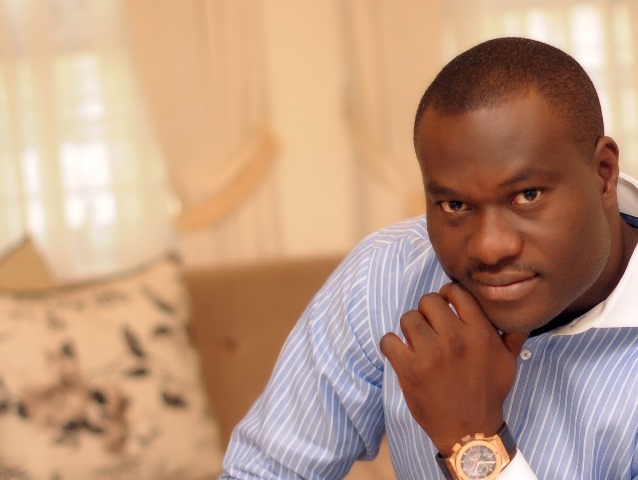 Prince Adeyeye Enitan Ogunwusi has emerged as the new Ooni of Ife after the stool was keenly contested by 36 members of the Giesi family.

His appointment was contained in a letter dated October 24, but made available early Monday morning by the Government of Osun state.

The letter, titled ‘Appointment of New Ooni’, was signed by the Secretary to the State Government, Alhaji Moshood Adeoti.

The letter read: “The Governor of the State of Osun, Ogbeni Rauf Aregbesola, has approved the appointment of a new Ooni of Ife.

“He is Prince Adeyeye Enitan Ogunwusi of the Giesi Ruling House of Ile Ife State of Osun.

“This choice follows the completion of the due process by the kingmakers and the communication of their decision to the Government.”‎

It was gathered that after the completion of all the necessary burial rites for the late Ooni of Ife, Oba Okuinade Sijuwade, the 16 kingmakers in Ife set the machinery in place for the selection of the new Ooni of Ife.

This became necessary since the culture of Ile-Ife does not encourage leaving the Ooni stool vacant for a long period. Historically, when the penultimate Ooni of Ife, Oba Adesoji Aderemi died in July 1980, the immediate past Ooni, the late Sijuwade was installed in September of the same year, just two months.

The kingmakers were determined to ensure the emergence of the 51st Ooni of Ife without delay.

To fill the vacant stool, only four ruling houses are qualified – Ogboru, Giesi, Lafogido and Osinkola. But the kingmakers announced that it was the turn of the Giesi ruling house in accordance with the resolutions on the 1979 and 1980 Ife Chieftaincy Declaration which spell-out the rotational ascendancy to the throne among the four ruling houses, adding that the declaration, under section 4 (2) of the Chief Law of 1957 Customary Law regulating the selection the Ooni of Ife was made on September 14, 1979; approved on January 20, 1980 and registered on January 26, 1980.

Three months after the demise of Oba Okunade Sijuwade who joined his ancestors on July 28, 2015, the process of selection and installation of a new monarch for Ile-Ife suffered a setback owing to a dispute among the ruling houses in the town over Ife Chieftaincy Declaration which led to a legal tussle at the Osun State High Court in Osogbo, the state capital.

Also, the death of the second in command to the Ooni, Chief Folorunso Omisakin who is also the Obalufe of Ife is another issue that halted the selection of the would-be new Ooni among the 21 contenders jostling for the vacant stool from the Giesi Ruling House.

Though, the Giesi Ruling House selected 21 candidates, only 13 of them were screened by a committee set up by the ruling house. Among them are: Princes Adeyeye Ogunwusi, Soji Fadehean, Aderemi Adelowo, Adetunji Ogunwusi, Soji Ologbenla, Olugbenga Ologbenla, Kolajo Adegbinrin, Taiwo Ogunleye, Ademola Adebiyi, Adewale Muritala, Adegboyegba Adelowo, Adediran Kolajo, and Adegboyega Adedire as the 13 contenders.

Prince Sikiru Ayedun, the former commissioner for tourism and culture in the first-term government of Governor Rauf Aregbesol and Prince Abdulraheem Adedoyin, a successful businessman and educationist were also major contenders to the throne.