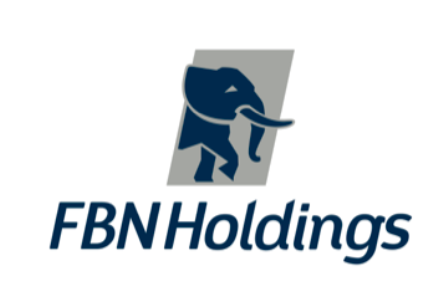 The Nigerian Stock Exchange on Monday published FBN Holdings Plc results during the nine months ending 30th September, 2015 with a 16.9 per cent increase in gross earnings to N39.0 billion from N33.6 billion posted in the same period of 2014.

Analysis of the group’s statement of financial position from the beginning of the year to date (30th Sept.) showed that total assets remained flat at N4.3 trillion, customer deposits declined by 1.7 per cent from N3.1 trillion to N3.0 trillion while customer net loans and advances fell 12.4 per cent to N1.9 trillion from N2.2 trillion.

The company had previously announced a profit after tax of N82.8billion for the financial year ending December 31, 2014, an increase of 17.3 per cent when compared to N70.6billion recorded in the same period of 2013.

The group gross earnings stood at N480.6 billion, up 21.3 per cent when compared to N396.2billion recorded in the corresponding period of 2013.

According to the result presented to the Nigerian Stock Exchange, the group declared a non-interest income of N111.8billion, up 66.1 per cent from N67.3billion recorded in 2013, while net interest income added 6.0 per cent to N243.9billion in the review period from N230.1billion in 2013.

On the group balance sheet, total assets appreciated 12.2 per cent to N4.3trillion, from N3.9trillion in 2013, while customer deposits increased to N3.1trillion, up 4.2 per cent from N2.9trillion recorded in 2013.

Consequently, in May, Mr. Bello Maccido, hinted that due to low market liquidity, depressed valuation levels and the significant delusion risk for existing shareholders, it has no plan to seek for more capital in the market.

Maccido, who explained that capital position was being enhanced through increased profit retention, said that the company is more efficient in its balance sheet management.

According to him, the company will be more conservative on loan growth, as it shifts focus to short-term trade finance transactions.

He said the top tier lender, with over N2.2 trillion on its loan book, will be conservative on loans in 2015 after financing power and oil sectors last year but income will rise from short-term lending.

Related Topics:FBN Holdings records 16.9% increase in gross earnings in 9 months
Up Next