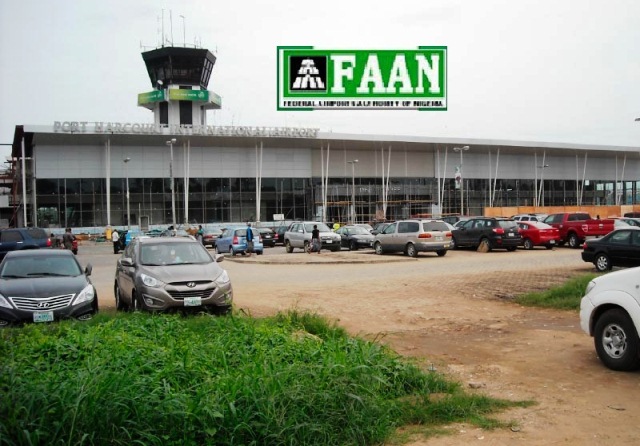 The Federal Airports Authority of Nigeria (FAAN) has described the recent ranking of Port Harcourt International Airport by SleepingInAirports.net as unfounded.

FAAN said that the ranking agency did not take cognisance of the fact that the Airport terminal was still undergoing remodeling with some of its terminal operations still conducted in a temporary structure (tent) before coming out with the rating.

It would be recalled that SleepingInAirports.net recently rated the Port Harcourt International Airport as “the dirtiest and most corrupt airport in Africa”.

Yakubu Dati, General Manager, Corporate Affairs in a statement titled, RE: PORT HARCOURT AIRPORT “WORST IN THE WORLD”, noted that apart from the on-going remodelling of the existing domestic terminal, from which both international and local flight operations are conducted, construction work is also in progress at the site of the new international terminal, among other projects at the airport.

In the statement, “On this controversial ranking or allegation, the Authority wishes to align itself with the position of the Supervising Ministry of Aviation, made through the Permanent Secretary, Hajia Binta Adamu Bello, as already reported in various newspapers.

“Our stand therefore is that the said ranking was unfounded as it did not take cognisance of the fact that the Port Harcourt Airport terminal was still undergoing remodelling with some of its terminal operations still conducted in a temporary structure (tent).

“We sincerely believe that operations at such an airport, where construction work is going on simultaneously with normal flight and related operations, cannot be as conducive as those in airports where there are no on-going construction projects. Neither can environments at such different scenarios be equally “clean”.

“The Authority is aware of the enormous challenges posed by the peculiar operational situation at the Port Harcourt International Airport and that is why it has taken several measures to alleviate the difficulties faced by passengers and other airport users at the airport. One of such measures included closing down one of the tents and moving operations there to some sections of the remodelled terminal, even when work in those sections were not fully completed.

“We wish to assure all passengers, airline operators and other airport users that services at our airports are delivered at recommended international standards that ensure safety, security and comfort.

“While we regret any inconvenience experienced at these airports, including Port Harcourt International Airport, due to on-going construction projects, promise all airport users that services at these airports will surely get better at the completion of these projects.”