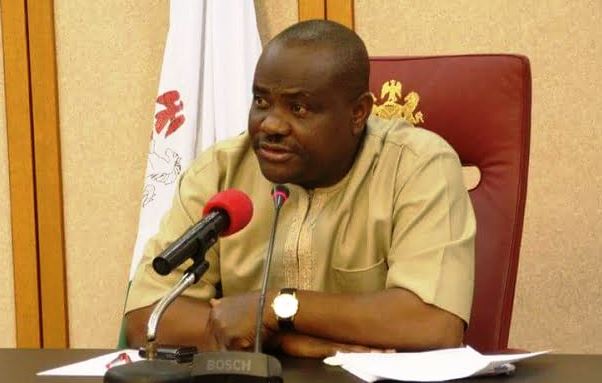 The Supreme Court yesterday made it abundantly clear that the shift of tribunals from election violence states to Abuja was legally proper as it dismissed the appeal filed by Governor Nyesom Wike of Rivers State and the Peoples’ Democratic Party (PDP) that challenged the decision of Rivers tribunal who sat throughout in Abuja.

Five states government: Rivers, Akwa Ibom, Taraba, Yobe and Borno had their tribunals sat in Abuja. However the decision of Rivers state governorship tribunal who also sat in Abuja as against Port Harcourt, the Rivers State Capital was challenged at the Court of Appeal who dismissed the appeal for lack of merit.

Dissatisfied, Governor Wike and the PDP had approached the apex court to revert the decision of Court of Appeal.

The Supreme Court on Tuesday held that the appeal lacked merit and substance and consequently dismissed the appeal in its entirety.

Delivering judgment on the interlocutory appeal, Justice Amiru Sanusi said that the decision relocating the venue of the tribunal was in order for security reasons.

Justice Sanusi said that President of the Court of Appeal, Justice Zainab Bukachuwa was right in her decision that the tribunal should sit in Abuja instead of Port Harcourt for the protection of lives of the tribunal members and the court spectators.

The judgment of Justice Sanusi which was unanimously adopted by other members of the panel said the appeal lacked merit.

Justice Amiru Sanusi held that evidence abound that there were security challenges prevailing in Rivers state as at the time the panel was constituted.

He further held that the court was not bound in the decision in Ibori’s case which was cited by the appellant.

The court further noted that in the Ibori case, it was not the President of the Court of Appeal that relocated the tribunal and that there was no situation of insecurity as at then.

“Even though, as at then, there was no Chief Judge, and there was no President of the Customary Court. The consultation here is not as to the venue of the sitting but to get judges in Rivers state that will be part of the various election petition tribunals.

“It is necessary to protect members of the panel from the theatre of war to where their lives will be secured.

“The President of the Court of Appeal has the power and has judiciously utilized the power.

“The panel is properly constituted and it is not bereft of jurisdiction to hear the petition of the petitioner, the appeal lack merit and it is hereby dismissed”, the court held.

It should be recalled that the tribunal which sat in Abuja, last Saturday nullified the April 11 governorship election which produced Nyesom Wike of the Peoples’ Democratic Party, PDP as Governor. It also ordered the Independent National Electoral Commission INEC to conduct a fresh election within 90 days.

This interlocutory appeal that was dismissed has nothing to do with appeal that have rose from Saturday verdict.

Related Topics:S’Court dismisses Wike's appeal on relocation of tribunal
Up Next