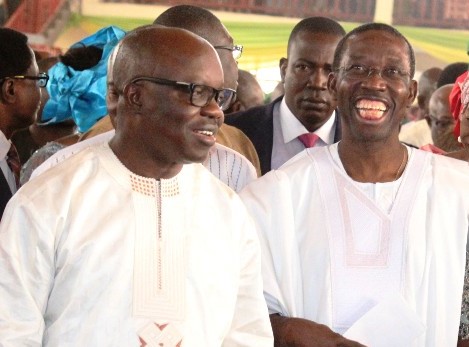 Dr. Emmanuel Uduaghan, former Governor of Delta State, has congratulated Governor Ifeanyi Okowa and the Peoples’ Democratic Party (PDP), on the tribunal verdict upholding the election of Okowa, saying it was a well-deserved victory.

Uduaghan in a statement immediately the Governorship Elections Petitions Tribunal gave its verdict and throwing out the petitions of the Governorship candidate of the Labour Party, Chief Great Ogboru and All Progressives Congress, O’tega Emerhor, said the ruling was a further demonstration that Deltans overwhelmingly voted for the PDP and Governor Ifeanyi Okowa during the elections.

“The tribunal verdict is very well deserved and a confirmation of the legality of Governor Okowa’s victory at the governorship election. It goes without saying that the PDP is the party of choice in Delta State,” he said.

“Deltans have always cast their lot with the PDP and the result of the governorship election and in fact other elections symbolise that the party’s candidates won convincingly which should not have been challenged in the first instance.

“I am therefore using this opportunity to call on all Deltans, especially our brothers in the other parties to join hands with Governor Ifeanyi Okowa to build and develop a virile state where every person is treated and accorded due dignity.

Dr. Uduaghan while commending the Tribunal members for delivering on their duties without fear or favour, called on Governor Okowa to see the victory as a further mandate to deliver prosperity to all Deltans irrespective of party affiliations.

Related Topics:Uduaghan congratulates Okowa on Tribunal victory
Up Next