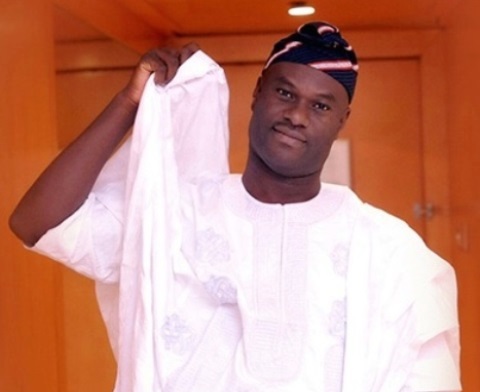 Otunba Adams described the appointment of the new Ooni of Ife as the divine anointment of another enigmatic Oba whose reign will enhance the glory of Yoruba race.

Adams in a statement made available to NEWSVERGE said, “For ascending the throne of Oduduwa at the time apportioned by the ancestral founders of Yoruba race when his aura will not only rub off on the ancient city of Ife, the Yoruba race in particular and the Yoruba people in Diaspora but will shine to all corners of the world where Yoruba culture flourishes and blossom.”

The OPC leader also noted, “It gladden the hearts and please the owners of the four walls of the Earth that the Ife kingmakers have done it the way it was supposed to be done and that is why things will be how it ought to be throughout the reign of Ooni Enitan Ogunwusi.

“The appointment of Ooni Enitan Ogunwusi and the popular acceptance it received by the people of Ife and Yoruba race showcased the import of applying traditional processes when it is proper, apt and necessary.”

Otunba Gani Adams however called on the new Oonirisa not only to build and sustain the traditional structures and networking which his forefathers have built and opened but to embarked on cultural irredentism of the Yoruba values and pristine heritage which is under heavy threat of foreign influences.

He therefore commended the people of Ife for the popular acceptance of the appointment of the Ooni and putting a shame on intruders who have been expecting a worse situation when the announcement was made.

In the same vein, Otunba Gani Adams congratulated the Governor of the State of Osun, Ogbeni Rauf Aregbesola, for displaying native intelligence and cultural sagacity in relation to the death, burial of the Late Ooni Okunade Sijuwade and to the emergence and appointment of Oba Enitan Ogunwusi.

He called on the Yoruba race to be happy and joyful as the ancestors has appointed an Ooni whose reign will be a reflection of his reign, ENITAN – An Ooni who strides and good deeds will be historical and epochal in the annals of the history of Yoruba race.

Related Topics:Gani Adams congratulates new Ooni of Ife
Up Next

AU to honour Tinubu at AFRIMA 2015