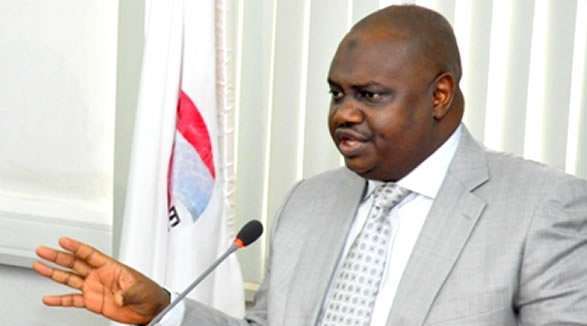 The pending probe of the Chairman of Economic and Financial Crimes Commission (EFCC), Ibrahim Lamorde is set to begin next week, as the Senate Committee to spearhead the probe has started work on available papers.

There are allegations that Ibrahim Lamorde allegedly diverted the sum of N1 trillion from monies the Commission seized from those it has been probing.

Lamorde ought to have faced the Senate in August 25 to clear himself of the allegations against him, whereas there were discordant tunes among Senators on whether he should be probed or not.

Specifically, the Peoples’ Democratic Party (PDP) Caucus led by Minority leader, Senator Godswill Akpabio and Senators of “Unity Forum” had kicked against the probe of Larmode, alleging procedural error in the probe of a petition against him.

Speaking with newsmen the Chairman of the Committee on Ethics, Privileges and Public Petitions, Senator Samuel Anyawu confirmed that the probe of the petition against Lamorde will begin next week.

Anyanwu said the tight schedule of the Senate was responsible for the delay in starting the probe.

He disclosed also that the Senate has ratified the procedural error on the petition against Larmode.

According to him, EFCC boss will appear before the Senate next week. The Senate decided to delay the Lamorde probe because of the just concluded Ministerial screening.

The author of the petition against Lamorde, George Uboh, had told the Committee that EFCC diverted the offshore seizures from a former Governor of Bayelsa, Diepreye Alamieyeseigha.

“EFCC did not mention where the N1.3 trillion recovered was remitted to.

“EFCC’s claim that it did not recover up to a trillion naira is complete false.

“EFCC did not mention where the N497.3 billion recovered was remitted to.’’

He wondered why recoveries for the same years differed on different reports.

Making reference to a letter allegedly written by a former EFCC Chairman Faridat Waziri to then President Goodluck Jonathan, Uboh said the commission recovered over N975 billion between 2004 and 2007.

“After recovering over 2 trillion, how did the funds melt away? “Two access bank recovery account statements tendered herein show opening balances of -0- as at 1 July, 2004, but no transaction occurred until June/July 2008.

“These transactions are expunged. Where are the funds deposited between July 2004 and June/July, 2008?

“EFCC diverted and concealed N779million of recoveries from Tafa Balogun in its record.” The petitioner urged the committee to compel EFCC to remit N2.051 trillion to the Federal Government of Nigeria.

He urged that Access Bank be compelled to bring complete and unadulterated statements of EFCC accounts from 2004 till date. The petitioner added that Aminu Ibrahim and others, who audited EFFC’s account be made to come before the committee and shed more light on discrepancies relating to EFFC recoveries in question.

Though Lamorde wrote to the committee indicating his absence from the hearing, the Head, Legal Department of EFCC, Mr Chile Okoroma, made an appearance.

The committee, however, asked Okoroma to leave since the EFCC boss had indicated in a letter that he would be absent.

Related Topics:Alleged fund diversion: Lamorde to face Senate panel next week
Up Next