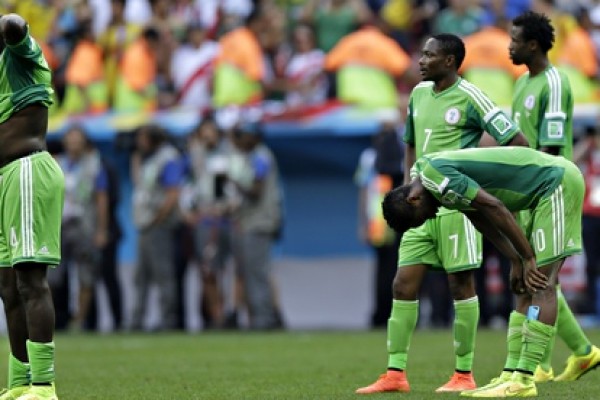 Nigeria’s senior national team are now 59th in the latest Fifa world ranking released on Thursday – their poorest drop since April 2014 despite defeating Cameroon 3-0 in their last international outing in Belgium.

In the month under review, Sunday Oliseh’s men bowed 2-0 to DR Congo in an international friendly before defeating age-long rivals, Indomitable Lions in Brussels.

The Elephants dethroned the Fennecs from the summit of African football despite dropping a place to the 22nd position in the world.

Swaziland who will host the Super Eagles in the 2018 Fifa World Cup second round qualifier later this month moved up five places to 130th in the world.

Belgium earned top spot in the rankings with a 3-1 win over Israel in their final Euro 2016 qualifier last month, overtaking Germany and previous number one Argentina, who are now third.

Copa America winners, Chile who have not lost since a friendly defeat to Brazil in March climbed four places into fifth spot.

The last Fifa world ranking of 2015 will be published on 3 December and could see Belgium take the ‘Team of the Year’ title, should they retain its top spot.