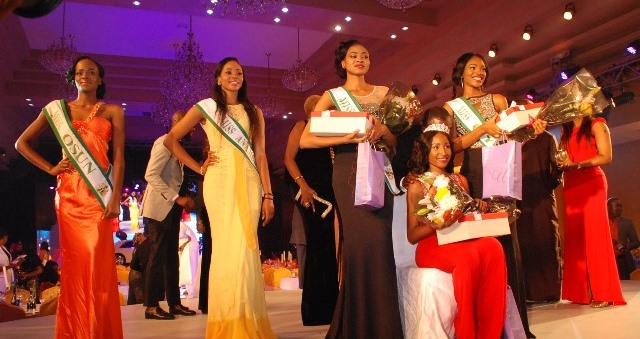 The tie necessitated another round of question-and-answer of the two contenders by the judges at the end of which Pamela won the crown with seven votes, beating Itunu, who emerged the first runner-up with six votes. Asiana Mary, who represented Oyo State, emerged the second runner-up.

In its 39th edition this year, the Miss Nigeria beauty pageant was founded and first organized by the Daily Times in 1957. The winner of the maiden edition, Madam Grace Atinuke Oyelude, who was an employee of the United African Company (UAC) then and is now 82-year old, was also present at the event and was presented with a brand new Peugeot 601 saloon car by Heritage Bank.