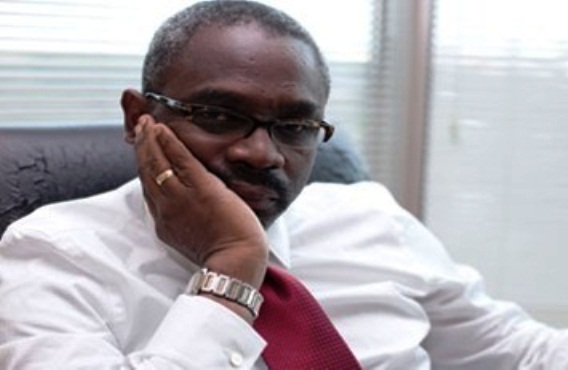 Majority Leader of the House of Representatives, Honourable Femi Gbajabiamila and some of his aggrieved loyalists Monday, boycotted the inauguration of the 97 standing committees of the House following their grouse of lopsidedness and being sidelined in the constitution of the committees by the Speaker, Yakubu Dogara.

Before the boycott, Gbajabiamila had officially written to the Speaker complaining about the manner the chairmen and deputy chairmen of the House committees were chosen without inputs from all principal officers of the House.

The House leader further accused the Speaker of deliberately alienating principal officers of the House from the selection process and constitution of the committees.

But the Speaker had responded to this allegation, describing Gbajabiamila’s claims as false.

Dogara’s media handlers in the wake of this disclosure released two memos showing that the appointment of committee heads was jointly done by the leadership of the House comprising all principal officers at a scheduled meeting.

The memos were a letter of invitation sent to all the nine principal officers (including Gbajabimila) dated October 21, 2015 and signed by the Chief of Staff to the Speaker, Hon. Jerry Manwe. They were to consult on the appointment of committee heads on October 22, 2015.

The other memo was a list of attendance containing the names of all the nine principal officers dated October 22, issued after the meeting.

However, at Monday’s inauguration which was witnessed by Senate President Bukola Saraki, former principal officers of the National Assembly, senior and top government officials as well as representatives of the service chiefs and heads of para-military units in the country, Gbajabiamila was conspicuously absent from the House chamber where the event took place.

Our correspondent gathered that Gbajabiamila’s absence wasn’t unconnected with alleged plans by the aggrieved House Leader to hold consultations with All Progressive Congress (APC) leaders at the party’s national headquarters over the current imbroglio in the House where he was also billed to address the press.

Delivering his inauguration address, Speaker Dogara declared that the constitution and appointment of heads of the House standing committees was done in consultation with the principal officers of the House.

He adding that the House Committee on Selection has also concluded the selection of the membership of the special and standing committees of the House, adding that the decision to formally inaugurate all the committees at once is borne out of the need for the committees to hit the ground running and the need to save cost and reduce legislative time that may be spent in inaugurating each committee independently.

According to him, even though some commentators have decried the large number of House committees as being too unwieldy, Dogara said “this criticism, even though, apparently well intentioned, misses the point. Experience gained from the operation of committees since 1999, shows that some committees’ functions and mandates are very wide indeed and cannot be effectively supervised and oversight by a single committee.

He argued that there is no way a single committee can adequately oversight the numerous federal agencies because House members also have other issues that may arise from plenary sessions, like lawmaking and other representational responsibilities to attend to.

“It is to ensure value for money for Nigerians, and that our laws and policies are implemented faithfully, that many committees have been created. The need also of more effective and efficient legislative oversight activities also informed this action.

“Undoubtedly, the legislature remains the only institution with appropriate constitutional and statutory powers to check the executive branch and ensure that it discharges its mandate to the full benefit of all Nigerians. It is important to note that the change promised Nigerians can only endure and outlive any government that introduced it only when it is anchored on legislation and not mere policy.

“Policy changes can easily be changed by an incoming government. Change itself must be regulated, so that our people would not face the dangers of unregulated change. That is why the legislative institution is central to the future we seek as a people.