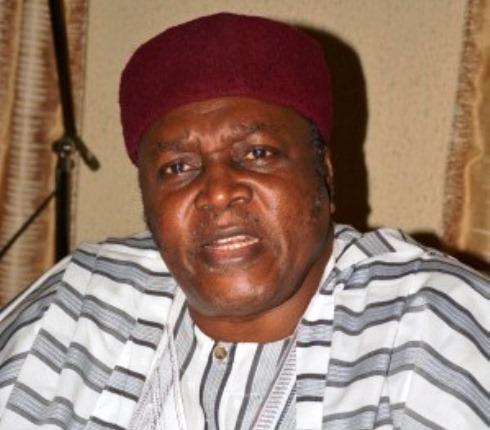 Disappointed by the Saturday’s ruling of the Taraba Governorship election petition tribunal, embattled Governor Dairus Ishaku has begin plans to humiliate and punish its major contender for the PDP ticket, former acting governor of the state, Garba Umar UTC and other PDP big wings.

Martins Andekin, Coordinator, Taraba Peoples Assembly (TPA) in a statement on Tuesday said Governor Ishaku’s camp is blaming Garba Umar and other PDP delegates for their misfortune at the election tribunal.

Andekin said those privy to a meeting held to review the outcome of the tribunal ruling which had in attendance some Senior Advocates of Nigeria SANs, PDP Taraba state chairman and other PDP big wings agreed that the ruling might be set aside for a fresh election.

The team of lawyers convinced Governor Ishaku to believe the appellate court would set aside of the tribunal ruling to pave way for a fresh election.

Andekin noted that the meeting believed that if a fresh primary election is conducted with the PDP delegates, Governor Ishaku might not get the party’s ticket.

“We were told that Governor Ishaku emphasized in the meeting that with Garba Umar UTC on ground his chances of winning any PDP primary are very slim, stressing the important need to dislodge UTC and the PDP delegates.

“The meeting resolves that Garba Umar must be humiliated and punished for insisting that he did not partake in the PDP’s primary election and prevented from taking part in any primary election against him,” Andekin said.

Also speaking at the briefing, a chieftain of PDP in Taraba State, Mallam Ahmed Bala said the PDP delegates are strongly behind the former acting governor should a fresh primary election is conducted today, “UTC will come out victorious against Governor Ishaku.”

Having failed in conjuring the PDP delegates, Ahmed said the plan is to force UTC out of the party and prevent him from taking part in future primary should need arises.

“Ishaku also plans to set up a probe panel that will recommend suspension of the former governor from taking public office for the next ten years.

Part of their recommendations will also be to freeze account of the former acting governor, seize his properties and order his arrest, we are calling on the world to watch out as these plans and injustice are to be melted out on perceived political opponents,”Andekin said.

They however called on the PDP leadership to call Governor Ishaku to order and prevent him from further polarization of the party in the state.