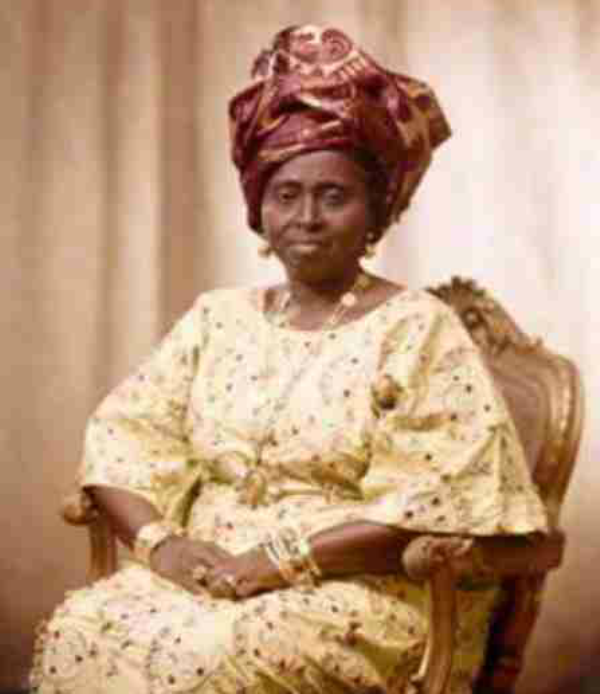 More than a month after her death, Nigerians have continued to flood the Ikenne home of the late sage, Chief Obafemi Awolowo to mourn death of the matriarch of the family, Chief (Mrs.) HID Awolowo.

And with barely two weeks to her burial, she has been described as the pillar behind the political successes of the late sage, Obafemi Awolowo who was said to have laid a solid foundation for politicians to emulate in the country and on which they should enjoy the public trust.

This was the position of the Inter–Party Advisory Council (IPAC) when its officials paid a condolence visit to the family of the Awolowos in Ikenne, Ogun state on the recent demise of the patriarch of the Awolowo dynasty.

The IPAC, chairman, Chief Peter Ameh who led the team emphasized the qualitative partnership which HID offered her husband, which according to him has brought progress and development to country.

With Chief Ameh were the IPAC officials including chairmen and other executives of various political parties.

Ameh who is also the chairman of Progressives People’s Alliance (PPA) re-affirmed the positive contributions of HID and her husband to the political and infrastructural growth of the country.

“She assisted her husband to build the foundation for good governance, we are here to to appreciate her contributions because we have benefited from them and the future generations will also benefit from them”.

The National Chairman of Labour Party, Alhaji Abdulkadir Abdulsalam, who was part of the IPAC team, described Mama Awolowo as a great woman of unequal virtues.

“She was the greatest of all mothers that ever lived .Her contributions to Nigeria’s development politically and economically were unparalleled and unquantifiable. We appreciate her, we adore her and we also commend her life.”

In his own remark, the National Chairman of Conscience Party (CP), Tanko Yinusa described the Ikenne home of the Awolowos as home to all politicians in the country.

Yinusa urged politicians to emulate the good ideals and political ideologies of late Chief Obafemi Awolowo whom he described as a politician who had interest in the welfare of the common man.

In their responses, chief Mrs Tola Oyediran and chief Mrs Tokunbo Dosunmu Awolowo stated that they were enjoying the good wills of their parents while also stating that the shoes left behind by their parents would not be too big for them to wear as they will be ready to contribute immensely to ensure that the country gets to its desired destination.

“You are where you are because of what God used our parents to do, the shoes they left behind will not be too big for us, their legacy is forever, they represent selfless and tireless leadership and we will try our best to rejuvenate the era.

“This is a time when we want things to move forward in this country and that is what her exit will signify”.

Tension in UI over appointment of new Bursar