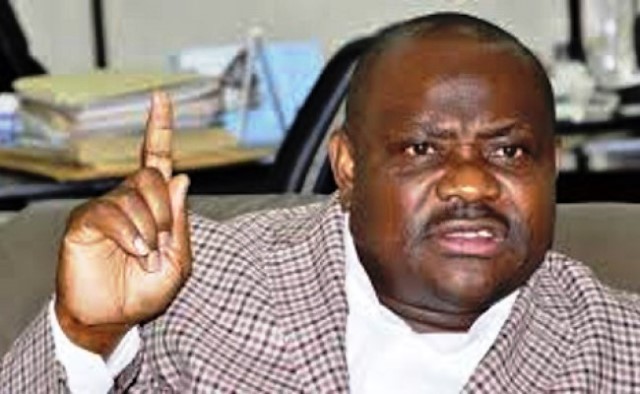 Despite the fact that the NFF tried unsuccessfully to move the Nigeria Swaziland game to Abuja, Port Harcourt remains the new Eagle’s nest.

This is according to Rivers State Governor, Nyesom Wike who charged the Super Eagles team to win their match against the Shilangu Senekatia of Swaziland in the 2nd leg of the World Cup qualifiers saying “It is important that I tell you that Port Harcourt is your home. You have found a home in Port Harcourt, because I am a football friendly governor. In fact let me also tell you that because of the importance attached to this game, the people of Port Harcourt are behind you”

The Governor who was represented by the Secretary to the State Government, Hon. Kenneth Kobani, told members of the Super Eagles to play well by maintaining calm posture so as to emerge victorious.

He went on the explain that “Our people see football as a single unifying factor that is why I am promising that for every goal you score we will give $ 20,000 ( a little over 286,000.00 Rand and close to 4m Naira) and it will not end there. I am a man who likes to show appreciation; I want you people to win this game well. I will be here to watch and give you support to win, then I will host you all. “He further promised on behalf of the Governor.

Responding, the Captain of the Super Eagles, Ahmed Musa thanked the Governor for the encouragement and promised on behalf of his teammate that they would do well and emerge victorious.