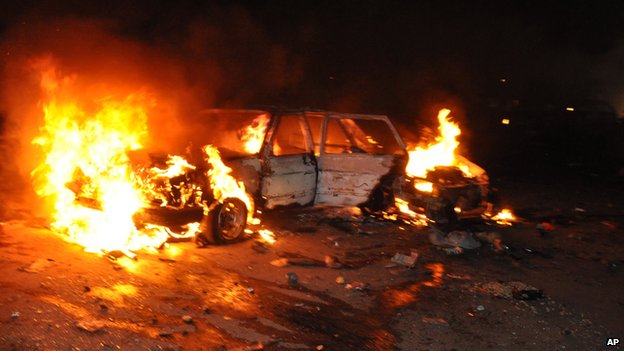 An explosion suspected to be from an improvised Explosive Device, IED, has occurred at a Motor Park in Yola, Adamawa State.

The explosion which went off at about 7:45pm was loud that it could be heard all over the city. An eyewitness said.

Our correspondent gathered that many people were killed, but no figure could be ascertained as at the time of this filing report.

The scene of the blast is close to the main vegetable market in the town and the explosion occurred as traders were closing for the day and rushing home.

The explosion site is also close to Jambutu where the last bomb was detonated in a Mosque in October with more than 50 people killed.

Yola has been hit by two deadly bomb attacks this year.

Equities value trims by N62bn as 7Up tops gainers