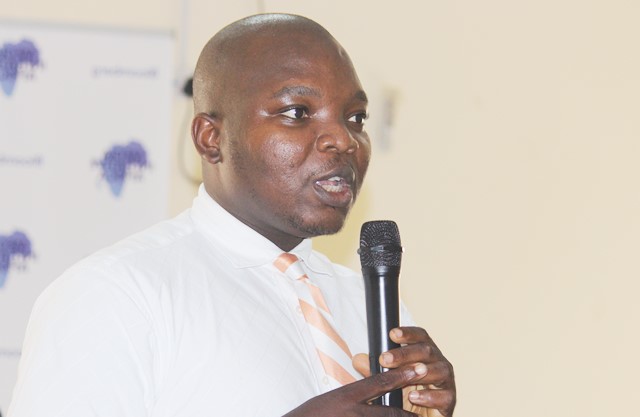 “Nigeria faces a dual task of trying to ensure high economic growth and ensuring that the growth is inclusive and sustainable. Prior to 2015, we witnessed the longest growth of accelerated GDP, which led to our emergence as the 21st largest economy in the 2014.

However, this growth is yet to address unemployment and growth in poverty rate. The GDP growth has declined from the 6.2 percent average in 2014, to 3.96 percent in the first and second quarter of the present year running, largely on the account of dwindling oil prices and revenue decline.

Despite improved power supply, 41 per cent of businesses still generate their own electricity, while 56 per cent don’t have access to electricity. The list is endless on so many challenges an average Nigerian faces daily.

In 1993, Interim National Government led by Chief Ernest Shonekan initiated the foremost platform for dialogue between the public and private sectors to discuss issues and challenges facing the development of the country, with a view to developing and harmonizing common strategies for addressing them.

Speaking at the opening ceremony of the 21st Nigerian Economic Summit, NESG Chairman, Kyari Bukar, He said: “As an emerging nation with developing institutions and structures, Nigeria faces significant challenges in developing a stable business environment as she ranked 170th out of the 189 nations the World Bank is busy doing business with.

Mr. Kunle Elebute, also stated that if not careful, Nigeria might slide into recession, a position he said is difficult to come out of, especially for developing countries. He stressed the need for government to, as a matter of urgency, begin to make inputs that drive revenue such as providing credit guarantee on long term to investors on infrastructure, increase power generation as well as education and investing in research. As we take the tough macro and micro decisions for accelerated growth, we are compelled to redress the paradox of high growth figures and widening inequality, rising unemployment and poverty.

According to the organizers of the summit, the choice of theme is predicated on the fact that “despite the recent 2014 rebasing exercise in which Nigeria emerged as Africa’s foremost economic power with an estimated GDP of US$536 billion (which has surpassed the economy of South Africa; and accounts for almost 50% of the GDP of West Africa), our growth in the last decade has remained non-inclusive.”

Good forecast I must say, but is it not already happening or are we not already in employment recession before my fore fathers? Please let us get into action, leave stories for Stanley and matter for mattais.

Anybody can present any paper and say anything into a microphone, because he/she has the privilege to do so, but we must as a country be sincere and consider people that got no voice, no person to fight for them get a job. I tell you, it is psychological and mentally disable to spend years in the university and came out to seek for a job, and later found out that you only wasted your time learning old century’s arithmetic and you don’t fit into the society with your certificate.

Nigeria is a middle income, mixed economy and emerging market, with expanding financial, service, communications, technology and entertainment sectors. It is ranked as the 21st largest economy in the world in terms of nominal GDP, and the 20th largest in terms of Purchasing Power Parity. It is the largest economy in Africa; its re-emergent, though currently underperforming, manufacturing sector is the third-largest on the continent, and produces a large proportion of goods and services for the West African sub region. Nigeria recently changed its economic analysis to account for rapidly growing contributors to its GDP, such as telecommunications, banking, and its film industry.

With a population estimated at 167 million, 50% of whom are youth, aged between 15 and 34 years, the question of unemployment becomes even more significant, considering that an unemployed and frustrated youth population is a reservoir for instability and spread of social vices.

In spite of efforts to curb the trend, unemployment in Nigeria is still spreading. World Bank estimates that the rate of unemployment is close to 80%. This represents 2/3 of the country’s youth population.

Also, an estimated 47.59% to 59.95% of unemployed Nigerians are residing in the rural areas, half of whom had little or no education at all. The dire unemployment situation was graphically portrayed in March 2014, when 16 people were killed in stampedes, at aptitude test venue for the Nigerian Immigration Service.

“It is sad that young people are the most affected. The answer to what exactly causes high unemployment rate amongst youth is a complex issue,”

By virtue of my office as the job man. I meet 30 job seekers weekly and see 300 CV’s weekly in this country. These afford me the opportunity to find out what Nigerians think of the situation. To my surprise, after approaching 10 people, six took the time to talk to me.

Uche Amadi at 26 years old, is a street vendor who sells snacks in traffic on third mainland bridge said politicians are just thieves that don’t care about them.

“Uncle Bimbola, it is not right that so many people are unemployed but what can be done?” he asked.

Uche said he stop searching for job because of the financial strain on his family. He stopped hunting at the end of last year, after he got tired of applying for already taken jobs.

“I desire to get a better job; it is the only way I can feed my family and give back to my parents.” he said.

uche is right. My findings show that unemployment is higher among people who have basic education, as compared to those who do not.

“The quality of our curriculum plays a significant role in the employability of the youth.

“If young people leave tertiary school without being properly geared up for entrepreneurial education or the job market it will result in high unemployment.”

The low absorption rate of youth contributes to more young people being jobless because an experienced and skillful worker is less of a burden on an employer as compared to an inexperienced one.

I asked another man about his thoughts on the increased unemployment rate. He was part of the four reluctant to engage with me.

“I tell you my opinion, and then what?” he said as he walked away from.

There seems to be a sense of hopelessness among the unemployment or informally employed, a feeling that there is nothing they can do to make the situation better. My feeling says number of discouraged job-seekers who are not economically active has significantly increased by 6% quarterly and this is the real recession a country should never experience because when the boob explored, I will still be standing.

I blame the government for the high rate of unemployment in the society because the entire summit lacks consistency in policies towards economic development and competitiveness in the Nigerian economy, after all the bottom line is that people are still suffering since 1993 when NES started.

Related Topics:NESG 2015: Economic Summit or Economic Suffering?
Up Next