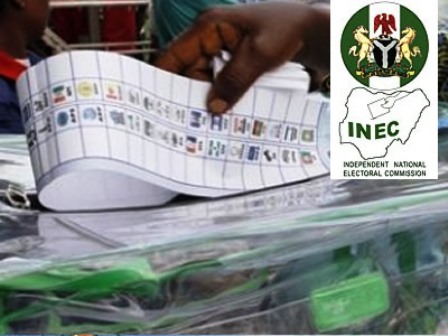 Click image to view detailed results of the election

Declaring the results of the election, the Returning Officer, Professor Emmanuel Kucha, said the electoral body’s decision was reached after collation of results showed a number of cancelled votes that was higher than the margin between the leading candidate and the runner-up.

After election results from the 21 local government areas were collated on Sunday, the All Progressives Congress’ candidate, Abubakar Audu, was leading while the incumbent Governor, Captain Idris Wada of the Peoples’ Democratic Party (PDP) trailed by a margin less than the number of cancelled votes.

The commission said 49,953 votes were canceled, which was higher than the margin between the leading candidate and the runner-up.

No date was fixed by INEC for a supplementary election in Kogi State.

The Kogi governorship election is the first election that the new leadership of the INEC is conducting.

It is also the first election under the administration of President Muhammadu Buhari of the APC, after the ruling party won the March 28 Presidential election, taking power from the Peoples’ Democratic Party that had ruled the Nigeria for 16 years.

Earlier, observers monitoring the governorship election in Kogi State called on political parties to ensure their supporters and members remain calm as collation of election results continue in Kogi State.

A human rights lawyer, Onyeisi Chiemeka, also told Channels Television that the polls appeared to have been free and fair although there were some challenges recorded by INEC especially with logistics. (Channelstv)