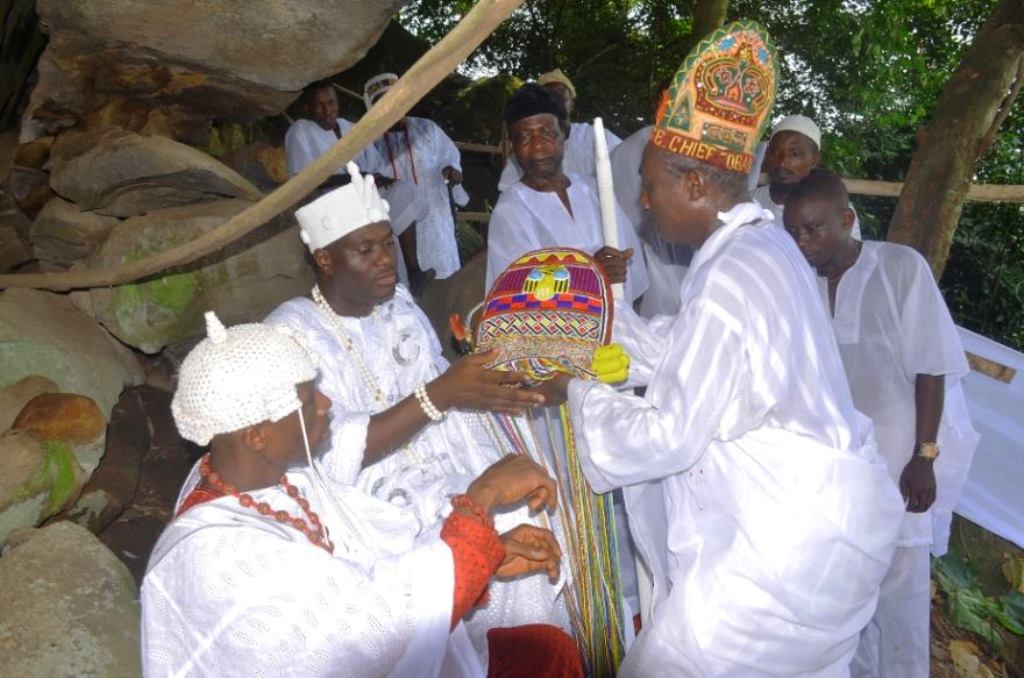 Oba Adeyeye Ogunnusi who was announced as new Ooni by Osun State Government on November 30 engaged in traditional rites at Ilofi where he spent 21days.

The new Ooni collected the Aare crown from Oloju-ido family who has the right to present the crown to the Ooni-elect.

He took the 50kg weight Aare from Oloju-ido shrine to his palace at Enuwa.

NEWSVERGE gathered that Ogbeni Rauf Aregbesola, Osun State Governor, will present staff of office to Ojaja II during his coronation slated for December 7, 2015, in the ancient town- source of Yoruba race.

Abubakar Audu: BEFORE or AFTER?

INEC honours Kano Oba of Yoruba with an award

Equity market down by N125bn as sell-offs persist