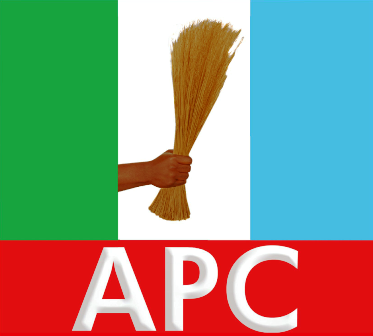 The Attorney General of the Federation, Mr Abubakar Malami, had said that section 33 of the Electoral Act provided for substitution where APC could chose a substitute for the late candidate who died a day after the governorship election

Following the submission of the Attorney General of the Federation and Minister of Justice, Mr Abubakar Malami, that the All Progressives Congress (APC) could substitute its candidate in the Kogi State governorship election, the party have said that a fresh primary election will be conducted in the State to pick a replacement for late Prince Abubakar Audu.

John Oyegun, APC Chairman at the party’s National Secretariat in Abuja on Tuesday, said the decision to hold a fresh primary was taken after the APC received a letter from the Independent National Electoral Commission (INEC) asking it to replace late Audu.

The Attorney General of the Federation, Mr Abubakar Malami, had earlier said that section 33 of the Electoral Act provided for substitution where APC could chose a substitute for the late candidate who died a day after the governorship election.

It would be recalled that Prince Abubarkar Audu died on Sunday, a day after the governorship election was declared inconclusive.

After election results from the 21 local government areas were collated on Sunday, the APC’ candidate, Mr Audu, was leading while the incumbent Governor, Captain Idris Wada of the Peoples’ Democratic Party (PDP) trailed by a margin less than the number of cancelled votes.

The commission said 49,953 votes were canceled, which was higher than the margin between the leading candidate and the runner-up. It then declared the election inconclusive.

According to Oyegun, “It is in the public space already that the Chief Law Officer of the republic has made his views known on how things should develop from this stage on.

“He has made a pronouncement to the effect that all that is required is for the APC to go through the processes of providing a substitute to our late candidate with the implication being that thereafter, the supplementary elections to conclude the process of electing a new governor of Kogi State will began to be put in place. So, as a party, we are going to proceed with the process of organising a primary to provide a substitute for our candidate, Abubakar Audu.”

Oyegun further said, “We will go into executive session to know the nature of the primary”.

The Chairman of the APC, said that “Kogi’s situation fits more into section 181(1) of the Nigerian Constitution and as such, Abiodun Faleke automatically becomes the governorship candidate of the APC.

But the opposition party, Peoples Democratic Party (PDP) had immediately kicked against the Attorney General’s statement, asking him to “immediately vacate his office for harrying and misleading the Independent National Electoral Commission (INEC) into arriving at the decision”.

The party claimed that the decision was a setback to Nigeria’s democracy.

Mr Malami in his submission explained that section 221 of the constitution was clear that the votes that were cast were cast in favour of the APC.

He said since the primary election conducted by the APC prior to the governorship election was still valid, the candidate that came second may have to be considered as replacement.

Meanwhile, the Independent National Electoral Commission has scheduled the supplementary election in 91 polling units where elections were cancelled to hold on December 5.

Dell accepts security flaw was built in to computers