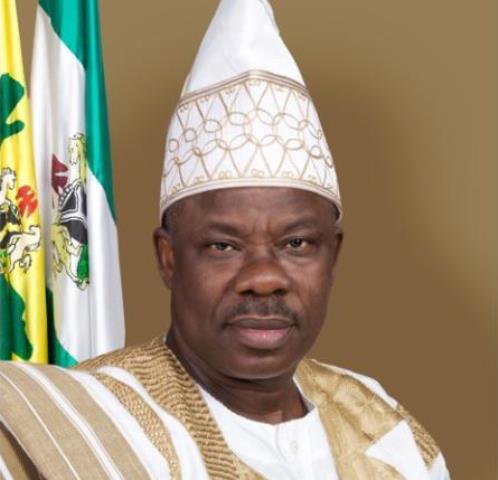 The provision of a good road network, especially in a city like Abeokuta and its environs, is certainly in the interest of its residents. Beside its necessity for easy access and communication across the city, it harbours a lot of economic benefits. As a result, the Ogun state government and Ogun State Ministry of Works and Infrastructure have embarked on massive reconstruction and expansion works in the city and the entire state to ensure smooth traffic and avert traffic bottleneck in the state and easy movement of people in the state.

I stand by my position in my previous piece on this matter that the re-construction and expansion of roads in the state remains the most genuine, valiant and profound effort made by any State Government of the Federation since the country’s Independence to tackle the agitation for motorable roads and bridges in Ogun state. It has, in my view, been the most effective tool employed by any government in addressing bad roads and impassable roads in the state.

Of recent, I have read several write-ups in the newspapers, where different kinds of unsubstantiated allegations of fund mismanagement, payment of no compensation for those being affected and not providing alternative for displaced people were made against the Ogun state government. Some have even gone to court to challenge the state government for demolition of their house for the expansion and re-construction.

Well, I do know that many discerning and perceptive Ogun state indigene and Nigerians would agree with me that such argument and going to court is obviously illogical and therefore cannot hold water, because the gains of the re-construction and expansion are there for everyone to see and benefits. Anybody who says that the funds meant for the road re-construction in the state have not been judiciously applied may have deliberately blindfolded himself such that he cannot see the progress being made by the Senator Ibikunle Amosun-led administration.

It would not be out of place then to posit that Amosun got his mandate in whole or in part on his agenda “rebuilding Ogun State” in the five cardinal areas of focus for his administration namely; Affordable Qualitative Education, Efficient Health Care Delivery, Increased Agricultural Production/Industrialization, Affordable Housing/Urban Renewal, Rural and Infrastructural Development/Employment Generation.

In construction terms to re-build, you have to destroy-read demolish-some or all of existing structure to give way for a larger or more befitting edifices. It is in this light that one can situate the road dualisation projects at Abeokuta, Sagamu, Ijebu-Ode, Ota, Igua, Ijohun, Papalanto, Ilaro and many more roads. There is no way rebuilding these roads will not involve destruction/demolition of existing structure of private citizens in public interest. Apparently public interest has to override private interest in this matter of developing the society. The same is applicable to urban renewal, which it must be noted is visible in Abeokuta, the state capital also in Ijebu-Ode, Sagamu, and Sango-Ota and Yewa axis. Except the Rock city as Abeokuta is known want to maintain its old and rustic look with ancient family houses and compounds, then some structure have to give way for modern structures and facilities to spring up in the state.

The concept of re-building in policy terms assumes that there are structures on ground to be rebuilt. That assumption is fundamental to the concept for, without it the concept falls flat on its face. Without doubt Ogun state since its creation has structures and infrastructure that even dates back beyond its creation in 1976 courtesy of the Obafemi Awolowo government in then Western Region. Successive government in their own way had ensured that certain social amenities like road, water, healthcare, education etc are in place in one form or another in most part of the State. So Amosun certainly have structures to “re-build” in virtually all sectors of the society.

It must be pointed out however that in the provision of new infrastructure and amenities, the people has to be carried along to minimize the negative impact of unintended consequences. One is talking about sensitization and mobilization. A 6-lane road, flyover and foot bridges are certainly novel thing for many motorists and pedestrians alike. Enlightenments are needed for the people to appreciate that these facilities requires new attitudes and modification of behaviour.

Apparently based on the above Amosun was on point in his “re-building” strategy and the mandate he got from the people. But apparently, the people were not prepared for the unintended consequence of the “re-building” agenda of Amosun. This understandably have fuelled emotional out-burst of even persons who are enlighten enough to appreciate that ‘birth pains’ are not ‘death throes’ in this rebuilding strategy.

But beyond re-building physical infrastructure in all sectors, there is a more urgent and pressing one of “re-building” political culture and tolerance that have gone awry in recent times. One is privilege to have been in government/observe governance under military and democratic administration in Ogun State. Part of the Political culture prevalent in Ogun State as I know even during the Military era was Political tolerance. Friends and business associate belong to different political parties and will stand their ground based on their political affiliations. This hitherto does not stop those attending social functions etc of their opponents. This has changed in recent time to a situation where some have been known to lose offices or other advantages for associating with ‘wrong persons’. People now mind what they say and who they say it to in order not to incur the wrath of the power that be. Such political culture needs “re-building” to reposition Ogun state to its first position in most things in Nigeria

In all one must accept the need to “re-build” in Ogun state with all its unintended consequences. Let the Government do more within its resources and forget about opprobrium from some quarters on its priorities.

Related Topics:Ogun projects: Between criticism and development
Up Next