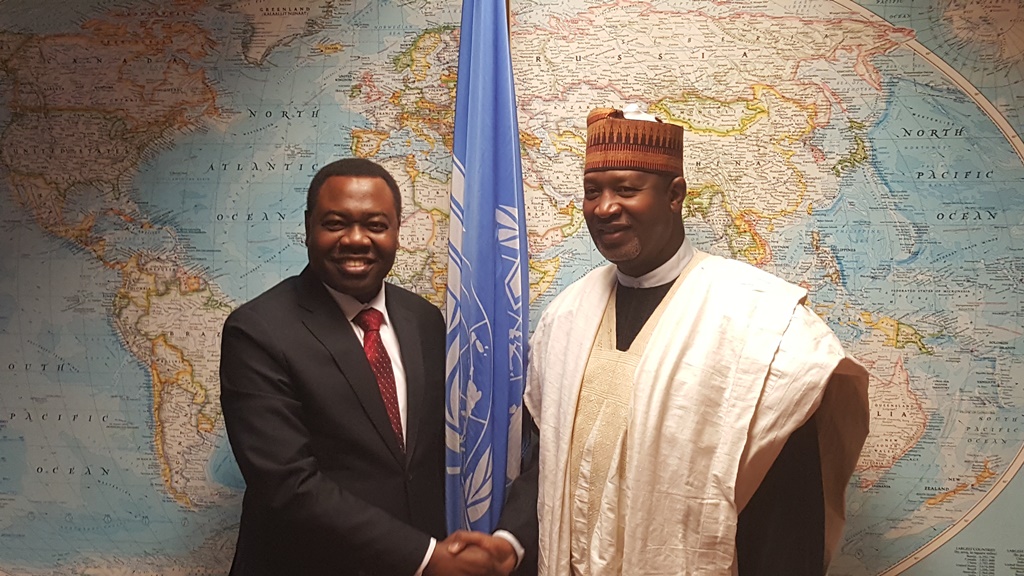 The Federal Government will support Dr Olumuyiwa Bernard Aliu, President of ICAO for another term in office.

Sen. Hadi Sirika, the Minister of State, Aviation stated this at the ICAO headquarters in Montreal on while on a visit to the President-in-council.

According to him, Dr Aliu had nurtured the organisation in its role of being an enabler for the development of international civil aviation, thereby enhancing friendship and understanding among nations and Peoples of the world.

He cited some of Aliu’s his laudable projects such as the ‘No Country is Left Behind” policy, aimed at providing more direct assistance to States, especially developing countries.

He promised to leverage on the office of the President-in-council to deepen development in the country’s aviation industry.

The Minister who was accompanied by the Acting Nigerian Ambassador to Canada, Balarabe Ja’afar Mohammed and top echelon of Nigerian aviation also urged Dr Aliu to continue to take his job in the organisation as a worthy ambassador.

In his response, Dr Olumuyiwa Bernard Aliu congratulated Sen Hadi Sirika on his appointment and expressed confidence that he would bring his experience as an aviation expert, to bear on his office.

He called for the upgrading of the Nigeria College of Aviation Technology (NCAT), Zaria, into a regional institution in the African sub region, promising to support such initiative.

It would be recalled that the ICAO President in Council, Dr Aliu assumed leadership of this global aviation body on Nov 13, 2013, as the first African to head this global body with membership of almost 200 countries.

The Minister of State also visited the Nigeria office at ICAO headquarters where he was received by the representative of Nigeria on ICAO council, Mr Martins Nwafor.

Related Topics:Dr Aliu for another term in officeFG backs ICAO President
Up Next