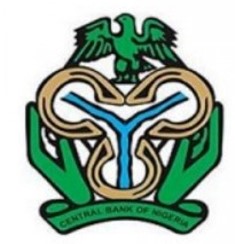 The apex bank in a statement signed by the CBN’s Director of Communications Skye Bank Plc, Ibrahim Mu’azu dismissed the alleging report that Skye Bank and eight others were found to have liquidity stress after a Central Bank of Nigeria examination.

The statement titled: ‘No Bank is in distress CBN’, the Regulator was categorical of the liquidity and sound health of Nigerian lenders, describing the report, not only as false and baseless, but “a figment of the writer’s imagination.

“The CBN hereby assures the banking public that the Nigerian banking system is sound and all banks are in compliance with both the regulatory and prudential requirement”, the statement read.

The Spokesperson drew attention of the general public, especially the bank customers, to a statement made by CBN’s Governor, Godwin Emefiele during the Monetary Policy Committee Meeting (MPC) press briefing on November 24 wherein he made it categorically clear that ‘no Nigerian bank is in distress’.

He then urged all bank customers and the general public “to disregard the publication as it is false, mischievous and aimed at throwing the banking public into unnecessary panic.

Reacting via a statement issued and endorsed by its spokesperson, Rasheed Bolarinwa, Skye Bank affirmed its liquidity as a Tier 1 lender and waved the publication as unfounded.

The bank said neither the CBN nor any other regulatory agency conducted any stress test or bank examination on it, and described the report as false and mischievous.

According to the bank, the report is a mere fabrication since no examination took place in the first instance. It said it recently released its 3rd quarter result which was submitted to the Nigeria Stock Exchange and widely published in the newspapers.

“Our Bank is healthy and meeting all obligations – financial and otherwise – to all stakeholders. Our financials are in the public domain as publicly quoted company for any interested observer to study. Just last month, we released and published our Q3 financials. We operate an International Banking license with subsidiaries in 3 countries across the sub-region namely: Sierra Leone, The Gambia and Guinea Conakry. We are above the 15 per cent minimum capital adequacy ratio as we have never at any time been below it. Our figures are published and so are public information”, the statement added.

Skye Bank said its figures and fundamentals as contained in the 3rd quarter results were sound and robust. According to the lender, it has always surpassed all regulatory ratios and indices. The 3rd quarter result for year 2015 released by the bank early this month, showed that it recorded gross earnings of N129.24 billion at the end of September 30, 2015, representing an increase of 33.06 percent over the N97.13 billion recorded during the corresponding period in 2014.

The result showed very strong fundamentals in all the key performance indicators and strong growth in fees and interest income, as well as investment and other incomes.

The bank’s fees and commission income grew to N25.46 billion as against N15.57 billion recorded during the same period in 2014. The result reflects a growth of 63.52 per cent. Similarly, investment and other income rose to N4.28 billion from N2.05 billion, representing 108.77 per cent growth.