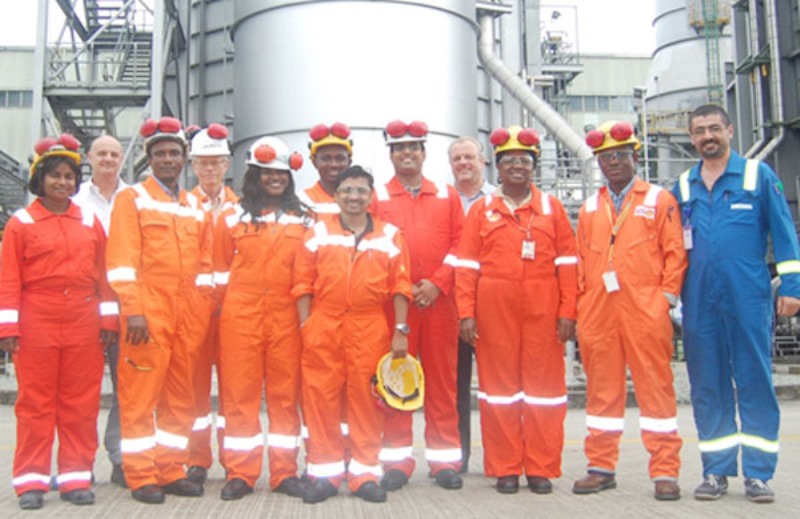 The Afam VI Power Plant in Rivers State has been recognised and rewarded by the United Nations for reducing carbon emissions through environmentally friendly operations.

Members of the Afam VI team with the UN auditors

“The achievement is a solid demonstration of the philosophy of operational excellence that underpins the business of Shell companies in Nigeria,” said Osagie Okunbor, SPDC Managing Director and Country Chair, Shell Companies in Nigeria.

“Over the years, Afam VI Power Plant has proved to be a reliable generator of electricity in Nigeria, and the sound management of operations by staff and contractors has continued to make it a world-class facility.”

The Intergovernmental Panel on Climate Change has identified carbon emissions from burning of fossil fuels for energy as a major cause of climate warming, and called for concerted action by governments around the world to cut down such emissions.

The CDM is a flexible market-based mechanism of the UN Kyoto Protocol which allows emission-reduction projects in developing countries earn CER credits. Typically, a project earns 1 CER for every tonne of carbon dioxide emission that is reduced.

These CERs can be traded and paid for by industrialised countries to meet a part of their emission reduction targets under the Kyoto Protocol, in deals wont thousands of dollars.

Thus, the Afam VI Power Plant has earned additional revenue to the SPDC Joint Venture through the certification of 541,537 Certified Emission Reductions credits, and will have more opportunity to do so within the 10-year crediting period.

Afam VI is a Combined Cycle Gas Turbine (CCGT) which means it generates electricity from gas turbines and uses the waste heat to produce steam and generate additional power via a steam turbine.

The design reduces the carbon footprint of the plant and enhances the efficiency of electricity generation. In 2013, the UN Executive Board for Climate Change registered the power plant as a CDM project.

This led to a rigorous process of monitoring and verification by UN auditors who made site visits to assess the operations and confirm data and documentation.