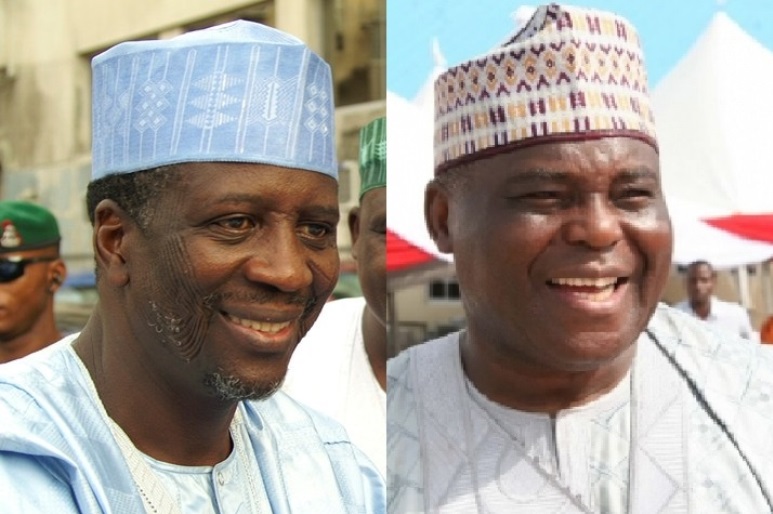 Dokpesi was picked up in Abuja at about noon on Tuesday and was accompanied to the office of the EFCC by his son, Raymond Dokpesi Jnr., who is the current Chairman of Daar Communications and Mr. Bafarawa, was picked for questioning on his alleged role in transferring money from the office of the National Security Adviser, Col. Sambo Dasuki, between December 2014 and May 2015.

This is coming barely hours after the former Minister of State for Finance, Ambassador Bashir Yuguda, is spending his second day with the EFCC.

Ambassador Yuguda is being quizzed for allegedly receiving suspicious payments from the office of the former NSA. The former NSA is being investigated over two billion dollar arms deal.

Some of the monies allegedly traced to Ambassador Yuguda include N1.2 billion paid to him for unclear reasons.

He is alleged to have also received N775 million from the office of the Accountant General and another N1.275 billion from Stallion Group.

Wilson Uwujaren, Head of Media in the EFCC, confirmed the arrest Chief Dokpesi and Mr. Bafarawa’s arrest to our correspondent via a telephone conversation.

Uwujaren, said that there was no explanation about what the money was meant for and it was pathetic that the office of the NSA was used as “a warehouse to dish out money to people”.

He added that very worrisome is that this hard-earned money is taken from the coffers of the country.

When contacted, Mr Mike Ozekhome (SAN), lawyer to Dokpesi said that it is a return to authoritarian regime as only last week Daar Communications Holdings, not Dokpesi, was invited by the EFCC to explain alleged contracts to the company from the office of the former National Security Adviser and that tax payments and other documents should be supplied to EFCC.

He said that as far he knew, no contract was gotten from the office of the NSA but that he sent a lawyer from his chamber, Barrister Justine Omogbemeh to accompany Dokpesi to the EFCC office.

“I do not regard this as an arrest. If you are invited by the EFCC that is not the same thing as an arrest. We got this information through a mere phone call. There is no warrant of arrest and as a well-respected obedient nationalist, Chief Dokpesi decided to go and answer the invitation,” he said.