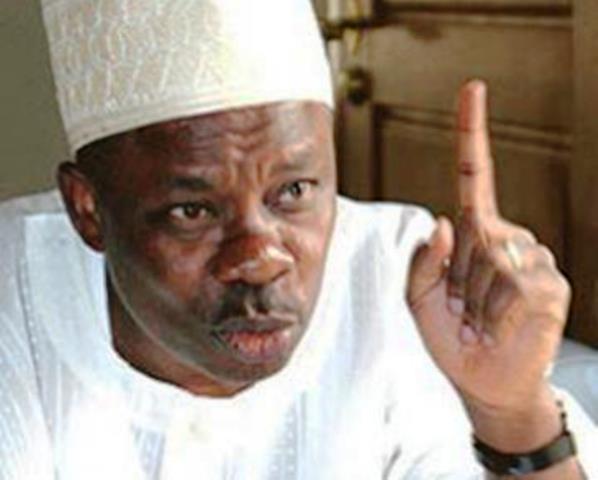 Ogun State Governor, Senator Ibikunle Amosun has charged students in Secondary Schools to embrace Information Technology (IT) in order to be relevant in the future.

The Governor who gave the charge at the commissioning of a set of IT equipment donated by the German Minister of Economic Cooperation to Muslim Girls High School, Ijebu-Ode, said the world was becoming a global village and students should prepare adequately to face the challenges ahead of them.

Amosun who was represented by the Commissioner for Education, Science and Technology Mrs Modupe Mujota said ‘’Information Technology is the current trend globally. As young ones, you need to get all round education including being IT compliant because the age of analogue is gone for good’’.

While lauding the donor for keeping to his promises, Amosun said the equipment would go a long way in helping his Government reposition the education sector, calling on the students to maximize the use of the equipment.

He called on Old Students Associations, individuals and corporate bodies to join hands with the State Government in building a viable education sector for the State.

The Consular General of the Federal Republic of Germany, Mr Ingo Herbert, said his Country would continue to partner with the State at maintaining educational standard.

Herbert said the donation of the IT equipment was in fulfilment of the promise made by his country’s Minister for Economic Cooperation when he visited the school last year.

He urged the students to make judicious use of the equipment, explaining that education was germane to intellectual summit survive the 21st century, saying that it was a catalyst that prepares individual for the future and guarantee quality of life.

In her welcome address, the principal of the school (Senior) Mr Bolanle Ibrahim, thanked the donor and the State Government for selecting the school for the donation, promising to use them judiciously.

Speaking on behalf of the students, the Assistant head girl, Miss Agoro Olayemi thanked the donor for the kind gesture, adding that the equipment would further assist the students to be ICT compliant.

Related Topics:Amosun tasks secondary school students on InfoTech
Up Next