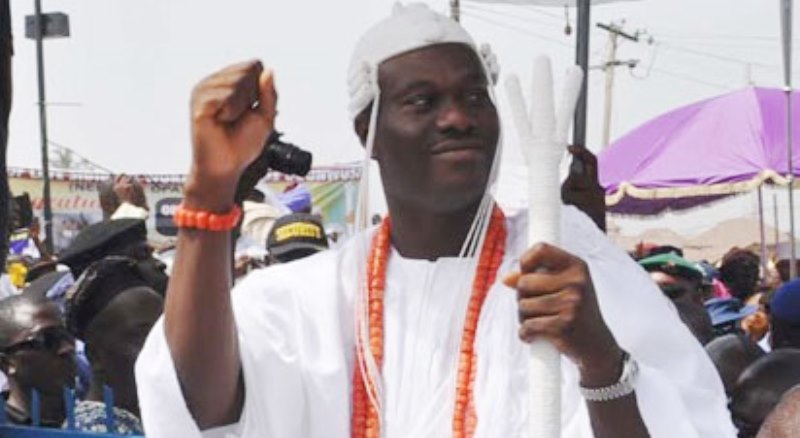 Osun State House of Assembly through its Chairman, House Committee on Information and Strategy, Hon. Oyintiloye Olatunbosun has congratulated Oba Adeyeye Enitan Ogunwusi, Ojaja II on his coronation as the Ooni of Ife, asserting towering confidence in his ascendancy which they affirm would serve as a catalyst for the advancement of Ile-Ife, the Yoruba nation and the country at large.

In a statement signed by Hon. Oyintiloye on behalf of the legislative body, the legislators are convinced that the credentials and mettle of the monarch is a testimony to the ardor and tireless creativity the king would bring to the throne.

The Assembly’s mouthpiece commended the ruling houses for the manner in which they harmoniously resolved their differences during the selection process. He also congratulated the state government of Osun, the Council of Obas, and the good people of the state, especially the descendants of Ile – Ife, home and abroad for the peaceful transition.

“The spontaneous enthusiasm that greeted the announcement of the new monarch across Ile Ife, the state of Osun, and the entire nation is a substantiation of the better days ahead,” Hon Oyintiloye explained.

In a goodwill message to the Ooni during a parliamentary session, the Speaker of the Osun State House of Assembly, Honourable Najeem Salam enjoined him to give inimitable service, and surpass the worthy legacies of his predecessors. He also admonished him to work with other traditional rulers and government at all levels to inspire harmony, peace and development in the country.

The parliamentarians implored the Ooni to use his position as the custodian of the cultural heritage and traditions of the Yoruba land for the service of the people. They urged Oba Adeyeye to be father to all, using his royal office to foster peaceful coexistence not only in Ife and the Yoruba land but throughout the country and beyond.

The Assembly called on the new monarch to use his wealth of experience in business to uplift the fortunes of Ile-Ife industrially, politically and socially. They equally charged the people of the ancient town to support the new monarch in his efforts to make Ife the pride of all.

Related Topics:Osun Assembly congratulates new Ooni of Ife
Up Next