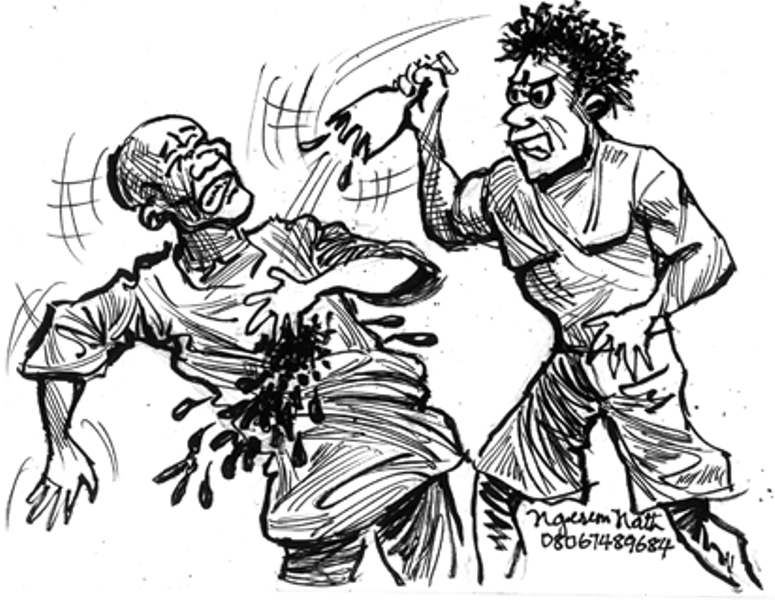 A 46-year-old man, Akeem Okuniyi, was on Tuesday charged before a Surulere Magistrates’ Court in Lagos State for allegedly assaulting his landlord, Alhaji Musbau Akani.

The accused, who lives at No. 18, Obanta St., Orile Iganmu, Lagos, is facing a charge of unlawful assault. Okuniyi, however, pleaded not guilty to the charge.

The prosecutor, Insp. Gabriel Ekundayo, told the court that the accused committed the offence at No. 18, Obanta St., Orile Iganmu, at about noon on Nov. 27. He said the complainant, Musbau Akani, brought the accused to the court after he had gone to ask for his rent.

“But an argument ensued between the duo during which the accused assaulted him by breaking a bottle and stabbed his landlord on his head and right hand; which caused him a bodily harm.” The prosecutor said that the offence contravened Section 171 of the Criminal Law of Lagos State, 2011.

Section 171 stipulates that any person who unlawfully assaults another and thereby does him harm is guilty of felony and is liable to imprisonment for three years. The Chief Magistrate, Mrs M.I Dan-Oni, ruling on the bail application of the accused, granted him bail in the sum of N100,000 with one surety in like sum.

The magistrate said that the surety should provide evidence of tax payment to the Lagos State Government and his address must be verified by the court prosecutor. The case was adjourned to Dec. 14 for further hearing. (Vanguard)