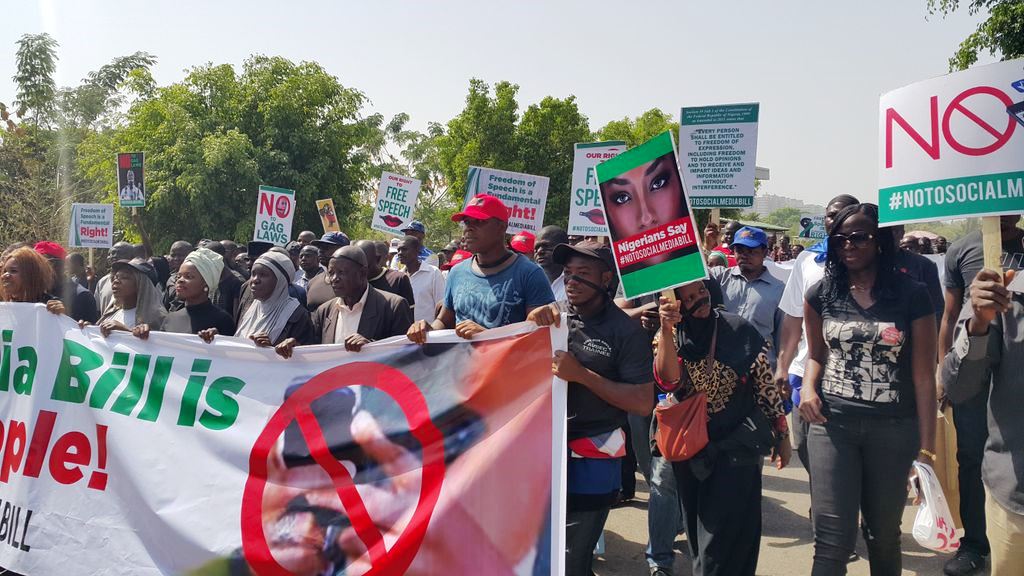 Hundreds of protesters Tuesday stormed the National Assembly in Abuja to restate their opposition to the proposed Social Media Bill.

The protest, being attended by civil societies that are against the bill, was ongoing as at press time.

President Muhammadu Buhari had on Monday distanced himself from the bill.

Buhari said he would continue to guarantee the freedom of the press and not assent to any bill that contradicts the 1999 Constitution.

The bill was proposed by the Senate Majority Leader, Senator Ibn Na’Allah.

The protesters on Tuesday called for the recall of Na’Allah and other senators pushing for the bill to be passed into law.

Senator Abiodun Olujimi, however, told our correspondent that there was a misconception about the bill.

Olujimi said most of those who have reacted to the Bill have not taken time to study it in details.

She said the bill is to check in the main those who write frivolous petitions.