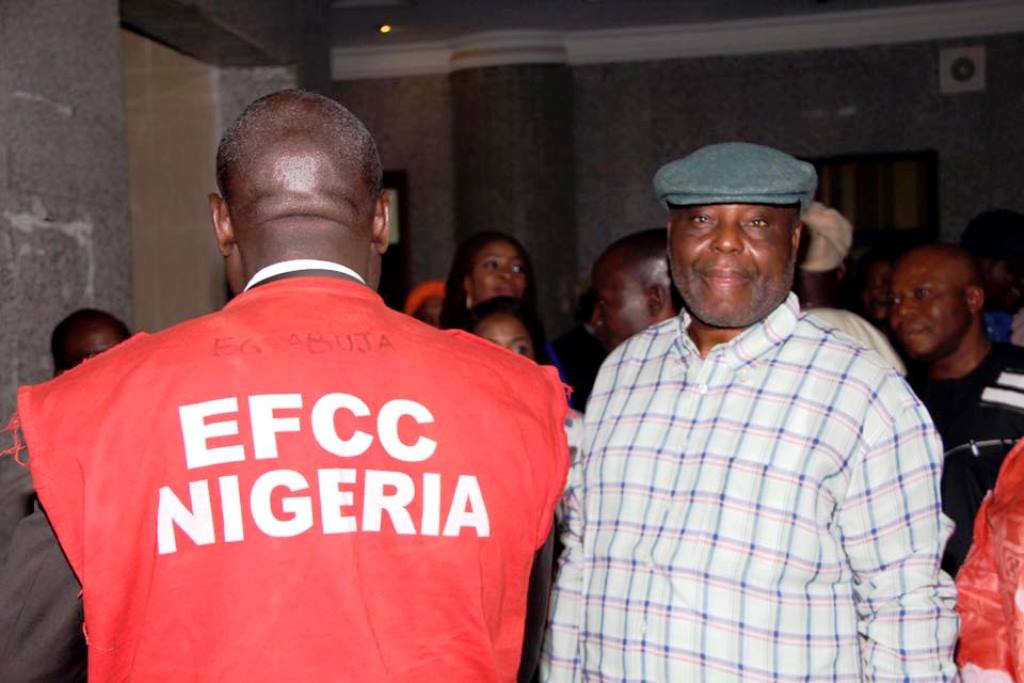 The Economic and Financial Crimes Commission (EFCC) on Wednesday arraigned the proprietor of Africa Independent Television, Mr Raymond Dokpesi, before a Federal High Court presided over by Justice Gabriel Kolawole in Abuja, Nigeria’s capital over a six-count charge of fraudulent and corrupt act.

Dokpesi, in his plea pleaded not guilty to any of the charges against him.

He said he was absolutely not guilty, as the charges preferred against him were not true.

In count one of the charge, Mr Dokpesi and DAAR Investment and Holding Company Limited were accused of receiving public funds to the tune of 2.1 billion Naira from the account of the office of the National Security Adviser with the Central Bank of Nigeria for the funding of media activities for the 2015 presidential campaign of the Peoples’ Democratic Party (PDP) contrary to Section 58 Sub-section Four B of the Public Procurement Act, 2007.

In the other counts, Mr Dokpesi was also accused of collecting the said amount without a certificate of no objection to contract award duly issued by the Public Procurement Bureau and receiving payment for a purported contract without bidding for the said contract.

Having pleaded not guilty to all the charges, Justice Kolawole adjourned the hearing of Mr Dokpesi’s bail application to December 10.

Although, the prosecutor, Rotimi Jacobs, declined an interview, lawyer to the former Chairman of Daar Communications, Ifedayo Adedipe, dismissed the charges against his client.

Democracy must serve the needs of the people – CACOL