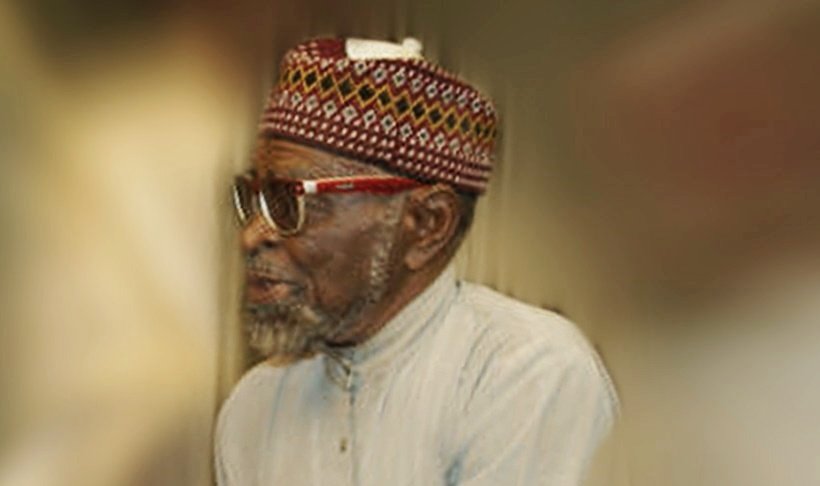 PRELUDE to a TRIBUTE to a Working Class Fighter

Adieu Comrade Eskor – outstanding Marxist intellectual, theoretician, and teacher of the highest hue, a Great Pan Africanist, unrepentant socialist advocate and fighter, foremost political economist and first class scholar, revolutionary organiser of the working class and youth, ideologue and longest serving staff-confidant (in collaboration with Comrades M.E. Kolagbodi and Baba Omojola) of Comrade MAO Imoudu; a Giant in the struggle of Academic Staff Union of Universities (ASUU) and icon of several anti-imperialist and socialist struggle.
As far back as 1992, listening to Comrade Eskor’s Testament on Comrade M.E. Kolagbodi, I said to Comrade Benedict Edherue (who we lost 4 years ago) that  Comrade Eskor is writing his own tributes because no one would be capable of doing that for him. Comrade Baba Omojola who died Oct 19, 2013 could have done that because, drinking from the intellectual and ideological fountains of both, one knows, that virtually all Comrade Eskor’s intellectual contribution to humanity, including his revolutionary writings and letters were deposited by Comrade Eskor himself in Comrade Baba’s memory & Library – Frederick Engels Memorial Library.
From Comrade Eskor’s Tribute to Kolagbodi, he must have dedicated 70years of his life consistently to working class struggle.
Comrade Eskor speaks: “It was in 1950 that I first met this friend and comrade to whom all arrogance was out of court. We were then very young. I met him during the great strike of the famous almgamated Union of the United African Workers (UNAMAG). This was the very first strike in an organised private enterprise in Nigeria, a strike that shook British imperialism at its core. Comrade Kolagbodi was then a very young activist in the Public Works Department Workers’ Union and I was then a very young teacher….. The PWD Workers’ Union lent its young activist, M.E Kolgbodi, to the strike secretariat of the UNAMAG, I, a small, fledgling teacher, joined the strike secretariat of the UNAMAG. It is in this way I met M.E Kolagbodi. From that time to now (1992), we have been friends and comrades. Ours has been the longest, most consistently cordial and most enduring comradeship in the Nigerian labour movement. This is apart from our shared cordial comradeship with the formidable M.A.O Imoudu, which has also lasted from that time to now“.
Comrade Eskor’s love for humanity and socialism was unparallel. His passion for a new Nigeria could be seen from his experiences of  the decolonisation struggles in the 1940s with the Imoudu led Labour Movement, the Herbert Macaulay led NCNC. and the Zikist Movement with committed revolutionaries such as Raji Abdallah, Mokwugo Okoye, Osita Agwuna, etc .
Comrade Eskor – the master vibrator – a quality he shares with Comrade Ola Oni – occassionally at very sober moments, would say to Comrade Baba and me in exactly the same pattern – “there are very few people I call comrades. Comrade Imoudu is a comrade – great man, comrade M.E. Kolgbodi is always comrade kolagbodi, comrade Baba is my comrade, comrade Dipo Fashina is a comrade, etc, you see you this young comrade, one day I will address the world“.
As Comrade Eskor breathed his last in the mid-evening of Monday December 7, 2015, one burden am certain he died with was reflected in his Tribute to Kolagbodi and he would wish someone say such to him at his graveside as he did to Kolagbodi on August 2, 1992 in Ughoton Delta State to the remains of Kolagbodi: “We who live after him must now bow our heads and reflect on the painful fact that a comrade of this calibre, lived among us and for over forty years dedicated his toil to the total liberation of the working people from exploitation and oppression, yet has passed away without even a working people’s party, open or underground, as a hope that this prospect will be realised“.
Comrade Eskor will smile to a “New Life” into the waiting hands of these names he mentioned in our encounter, Marx, Engels, Lenin, Mao, Herbert Macaulay, Imoudu, Nkrumah, Cabral, Funmilayo Kuti, Gambo Sawaba, Magaret Ekpo, Aminu Kano, Zaid Zungur, Raji Abdallah, Mokwugo Okoye, Osita Agwuna, Ola Oni, Kolagbodi, Baba Omojola, Rotimi Ewebiyi, Chima Ubani, Omafume Onoge, Mahmud Tukur, Fela Anikulapo, Edet Uno, Gani Fawehinmi, Chima Ubani, Festus Iyayi, etc, iF & ONLY we REFLECT on his words: “From 1984 I was resolved that a formidable party of the working people, led by the working class, must emerge and face the bourgeosie in the contest for power and the determination of the destiny of this country“.
IT CONTINUES …….

The future of data centre is hybrid flash – predictions for 2016

OPINION: Great Ife and the failure of the Gown By Reuben Abati