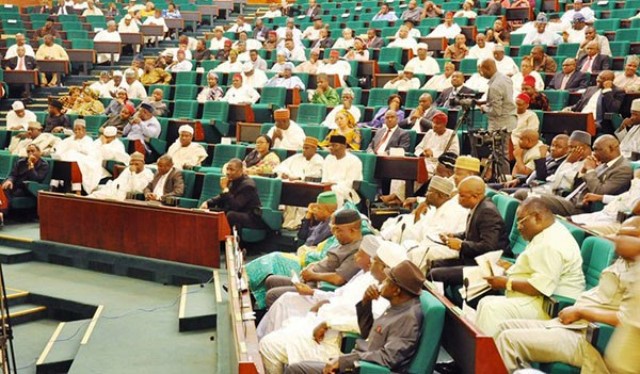 The House of Representatives Wednesday directed the Nigeria Electricity Regulatory Commission (NERC) to suspend the planned increase in electricity tariff until the House concludes its investigation into the activities of actors in the power sector.

This position was communicated to the electricity regulatory agency by the House ad hoc committee investigating the activities of Electricity Distribution Companies (DISCO) as it relates to infrastructure and billing.

The ad hoc committee in a letter dated December 15 and addressed to the NERC reminded the commission of previous communications between it and the agency, in which it was agreed that actions be suspended on the proposed upward review of electricity tariff in the country.

Chairman of the ad hoc committee, Rep. Babajimi Benson referred NERC to previous correspondence in respect of the above subject and in particular made reference to an earlier letter dated October 29, 2015 in which the committee requested the commission to suspend the implementation of any planned increase in electricity tariff until the committee concludes its investigations.

“Further recall that at the joint investigative hearing with the committee on power, it was agreed that any tariff increase should be suspended until all stakeholders are carried along.

“Our attention has been drawn to various news items published in many newspapers of Tuesday, December 13, 2015 to the effect that your commission has concluded plans to announce the new electricity tariff to Nigerians this week.

“It is our opinion that any plan by your commission to announce new electricity tariff will run contrary to the spirit of the letter under reference and undermines the outcome of the investigative hearing by this committee as it relates to infrastructure and billing by Electricity Distribution Companies”, the House letter read.

The committee further averred that “consequently, we hereby once again, demand that you suspend the announcement and/or implementation of any increase in electricity tariff until above stated issues are concluded”.

Furthermore, the committee further recalled that at the investigative hearing, it made an order that the commission forward the list of Ministries, Department and Agencies (MDAs) indebted to the power distribution companies.

It therefore urged NERC to also forward the list of Discos to it to enable it conclude its assignment.