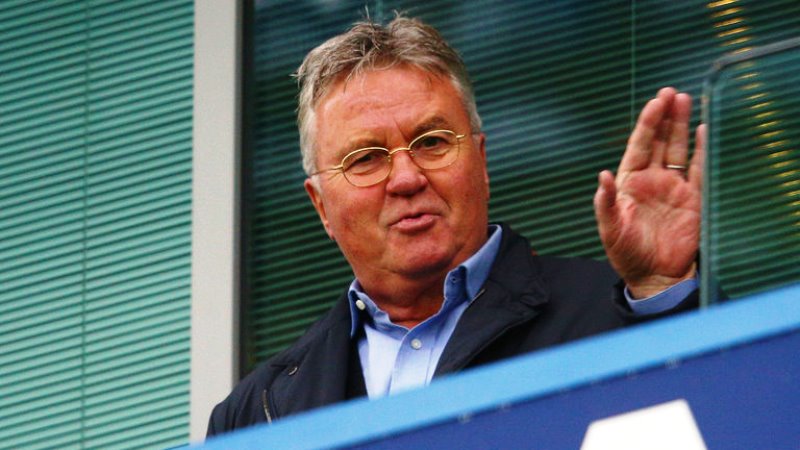 The experienced Dutch coach, 69, watched Chelsea’s 3-1 win over Sunderland on Saturday, having resumed a role he previously performed in 2009, when he led the London club to glory in the FA Cup

Guus Hiddink has returned to Chelsea as manager “until the end of the season” following the sacking of Jose Mourinho, the struggling Premier League champions announced on Saturday.

The experienced Dutch coach, 69, watched Chelsea’s 3-1 win over Sunderland on Saturday, having resumed a role he previously performed in 2009, when he led the London club to glory in the FA Cup.

“I am excited to return to Stamford Bridge,” Hiddink said in a statement on the Chelsea website before the game.

“Chelsea is one of the biggest clubs in the world, but is not where it should be at the moment. However, I am sure we can all turn this season around.

“I am looking forward to working with the players and staff at this great club and especially renewing my wonderful relationship with the Chelsea fans.”

Mourinho, 52, was sacked by Chelsea for the second time on Thursday after a run of nine defeats in 16 games saw them slide towards the relegation zone.

In a statement, Chelsea said: “Mr Abramovich and the board believe that Guus has what it takes to get the best out of our talented squad.”

Well-travelled and vastly experienced, Hiddink began his coaching career with PSV Eindhoven and delivered the club’s first ever European Cup success in 1988.

He has also managed Fenerbahce, Valencia, Real Madrid, Real Betis and Anzhi Makhachkala, as well as the national teams of the Netherlands, twice, South Korea, Australia, Russia and Turkey.

Related Topics:Hiddink gets Chelsea’s second coming
Up Next