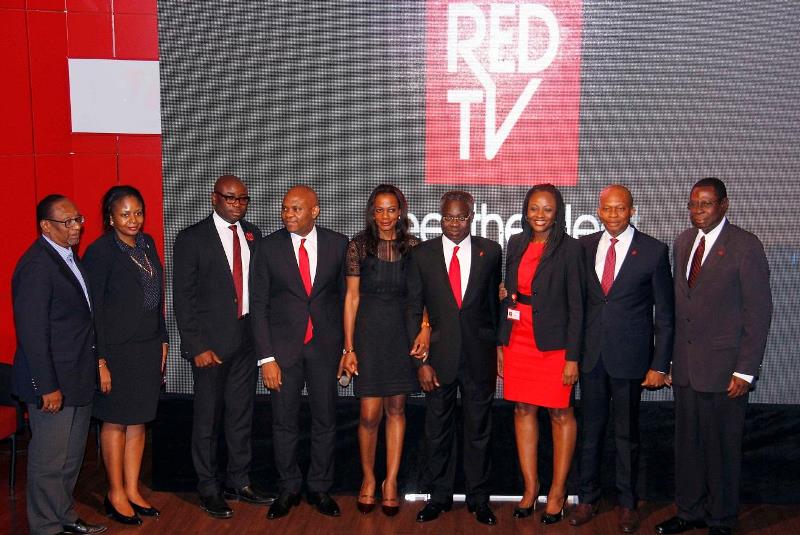 REDTV, a dynamic online lifestyle channel that puts the spotlight on Africa with a distinct global appeal has been launched.

“REDTV strives to be first and foremost all about the content; and to this end the channel has partnered and collaborated with leading visionaries, who are as passionate and committed to being part of a platform for the New Africa, one that positions itself confidently on the global stage” said Bola Atta, Director, Marketing and Corporate Communications, UBA Africa.

At the launch over the weekend, which attracted guests from the world of finance, business, media and the creative visual arts, there was a serande by a dazzling jazz trio as celebrities, opinion formers and socialites mingled over champagne and canapés.

The breath-taking views from the top floor of the UBA House, coupled with the ambience reflected the aspirational intent of REDTV; a network focused on creating unforgettable moments on the screen as it inspires viewers. In attendance were Dakore Akande, Zeb Ejiro, Fred Amata, Betty Irabor, Bola Balogun, Didi Ocheja-Daley, Erelu Angela Adebayo, Ono Bello and a host of other celebrities.

The location for the launch was also an acknowledgment of RED TV’s proud association with UBA group, a financial institution that serves customers across 19 countries in Africa and has a presence in London, New York and Paris. UBA is committed to championing the best of Africa across a myriad of sectors as it provides products and services that concurrently draw upon the bank’s rich heritage and the needs of the 21st Century.

Guests at the launch were treated to an enticing sample of REDTV’s flagship programmes and the quality and range did not disappoint. From The Sauce, a sassy topical round up of the happening of the week, to the drama and journey of discovering Africa’s future design star on Interiors By Design, to the global megabrand that is the Top Model Series, in the Oluchi fronted Africa’s Next Top Model and numerous others.

REDTV content has been specially selected to ensure that there is something for every viewer as the channel understands the needs and wants of the Generation Y and the Millennial viewer, while also remaining relevant with the older generations.

REDTV launches at a time when the way viewers consume and share information has evolved dramatically. The age of sitting communally in front of a television screen, reading a newspaper or magazine is over. Consumers want to disseminate information in real time and on the go, favouring intimate programming channels that speak to core interests and needs. REDTV promises to bring that to viewers in a vibrant and evocative way.